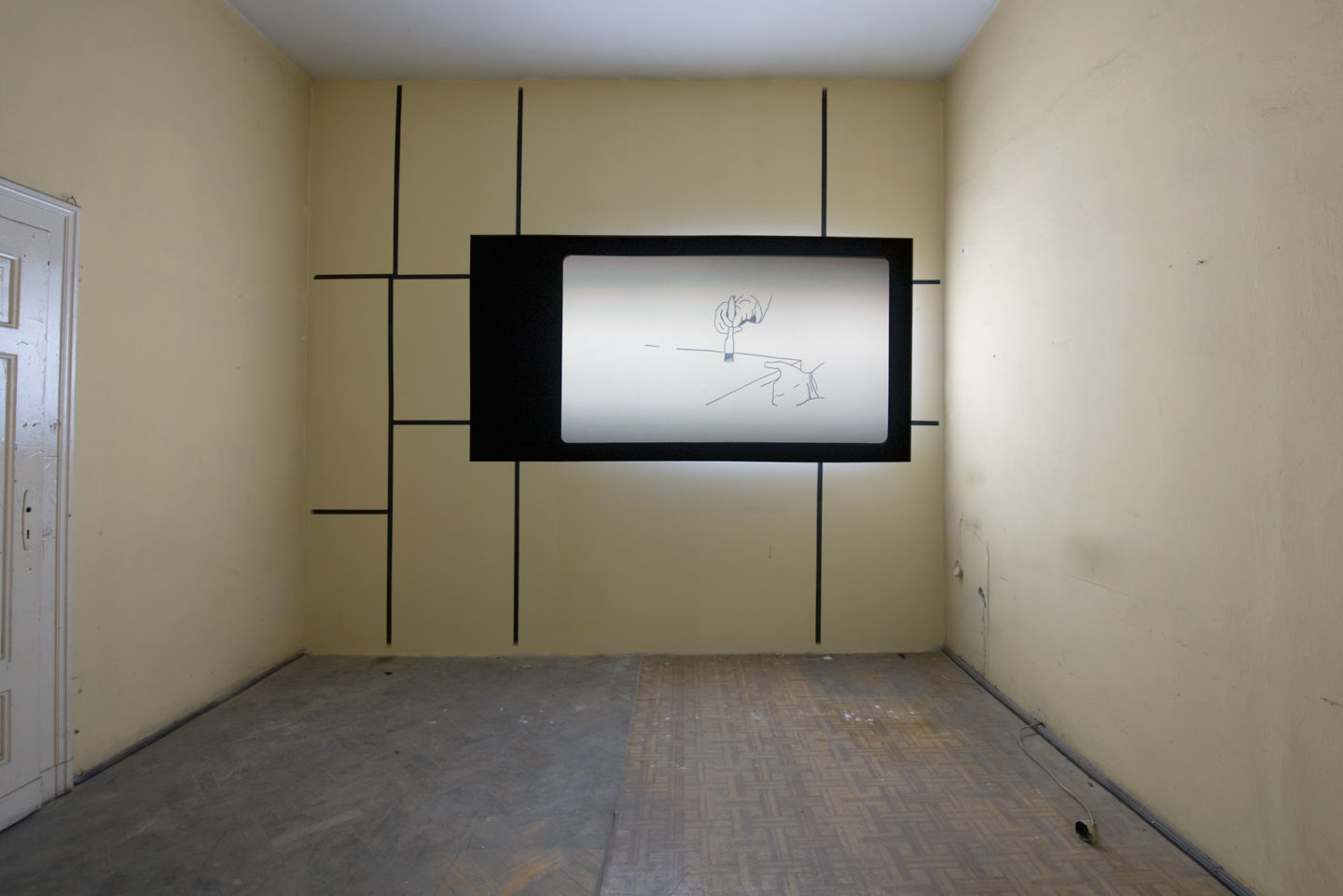 “The body of a sixteen-year old girl has been found in the Oder near Księcia Witolda Street. The militia are seizing the evidence and beginning the investigation. At the militia station in Łąkowa Street, Captain Budny and Lieutenant Traszka are interrogating Stanisław Czermień, suspected of murdering the girl. The materials gathered during the investigation by the militia are supposed to refresh his memory. Although Czermień has a strong alibi, Budny feels that he is somehow connected with the case. Triple threes and two zeroes is Captain Budny’s telephone number.”
The description above summarises the plot of the film Leprosy (1971), directed by Andrzej Trzos-Rastawiecki, which inspired Bączyk to make his black-and-white animation. The atmosphere of the animation is based on individual scenes from Polish detective films from the 1970s and 1980s. It features juxtaposed snapshots of the militia’s operational work, close-ups of pieces of fabric – circumstantial evidence, and cut-in shots of the interiors of the militia station where the investigation is being conducted.
The leitmotif of the animated film is the characteristic hiss of a reel-to-reel tape recorder, which serves as the “cement” of the whole. It makes the individual leads and trails blurred. 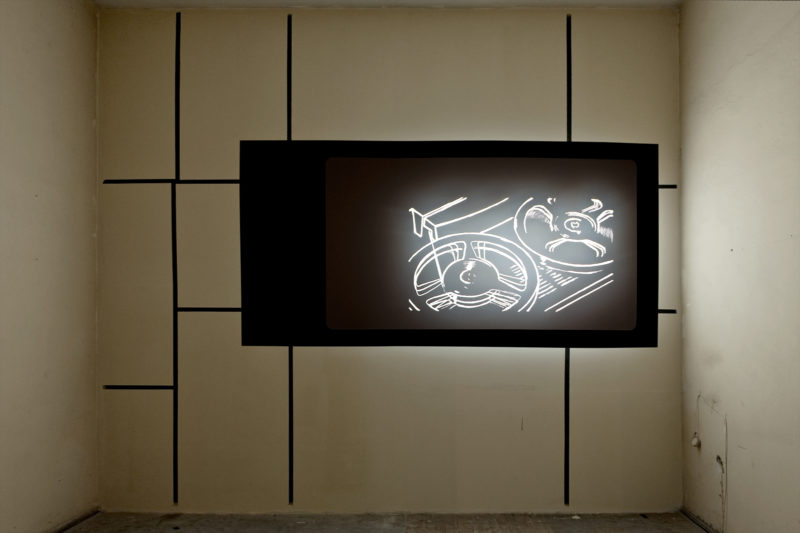 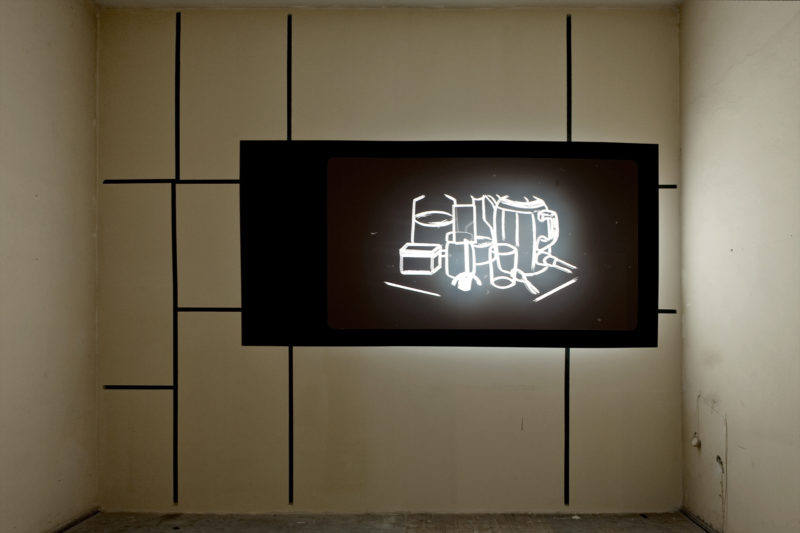 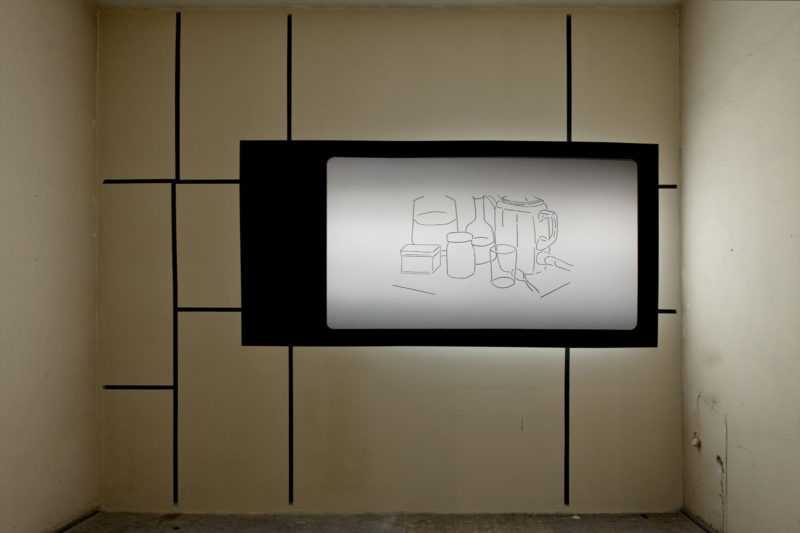 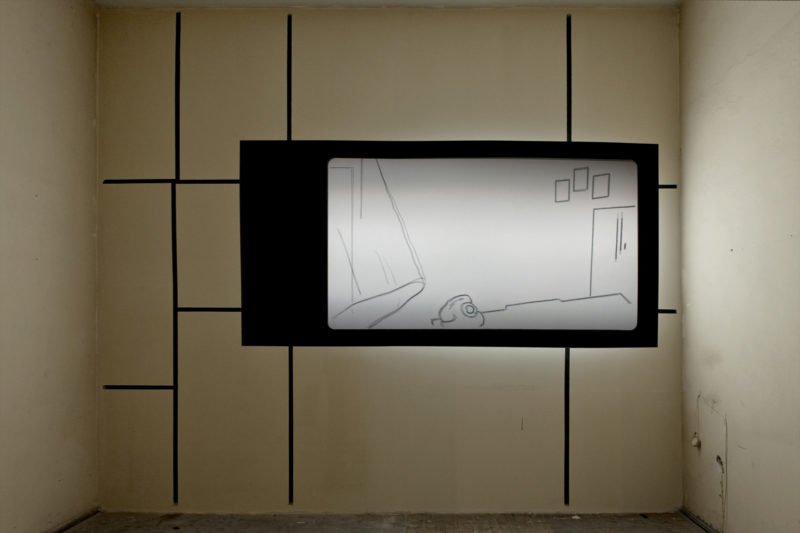 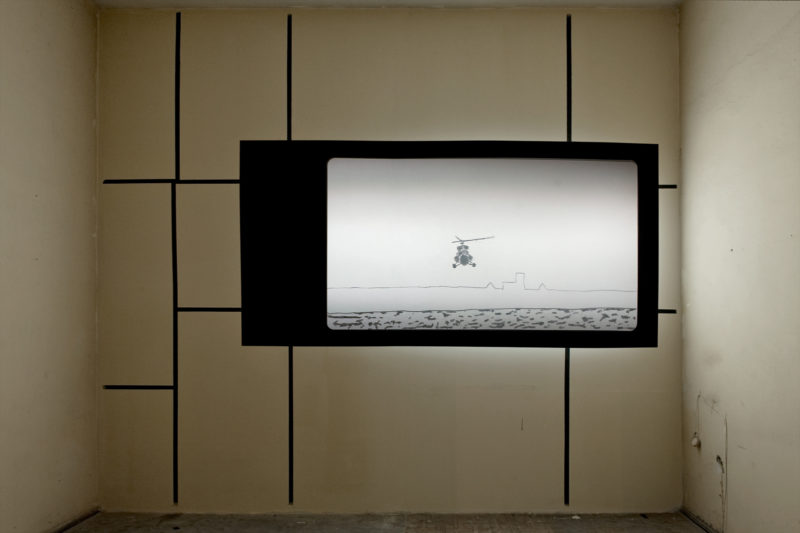 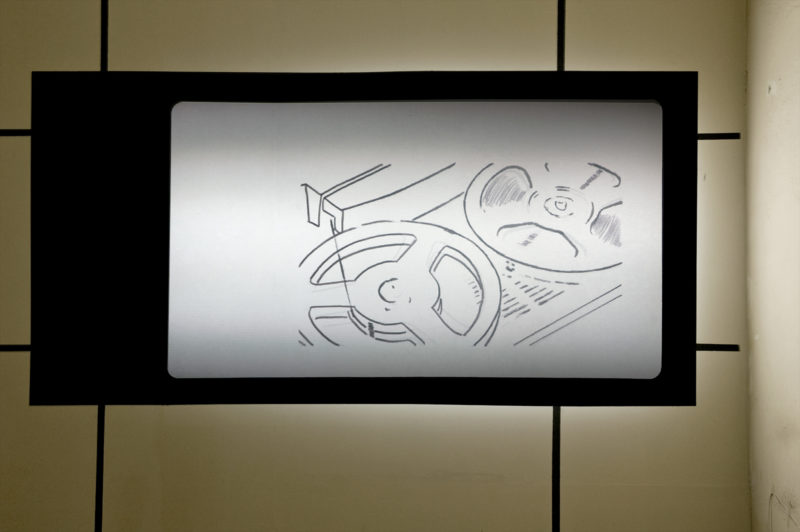 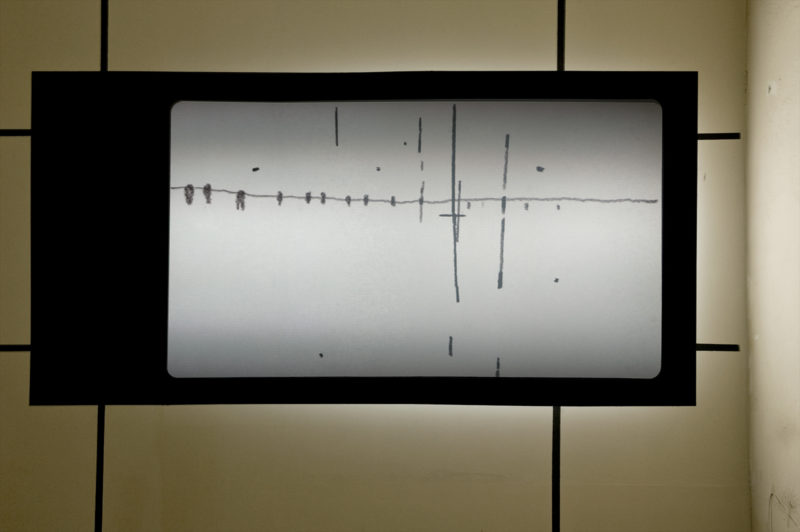 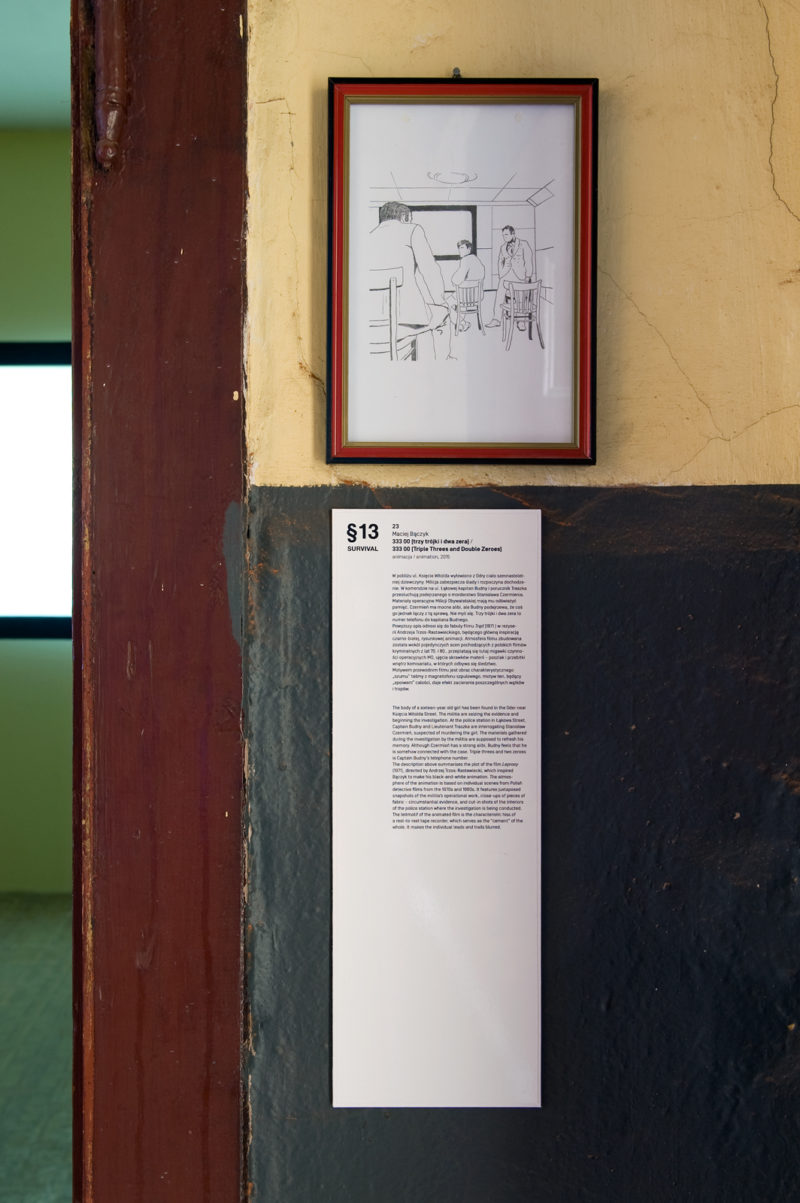