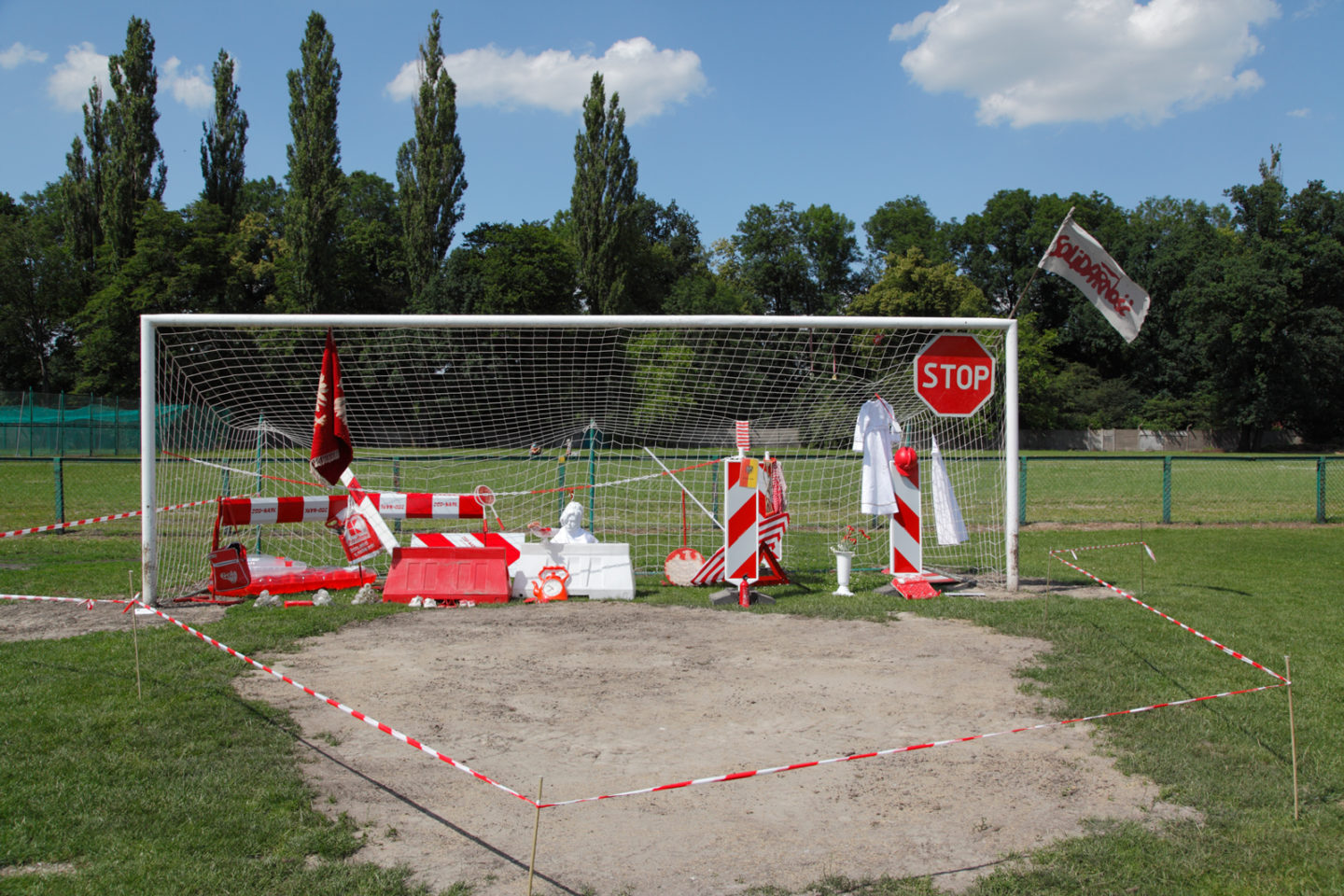 On the one hand, National Colours focuses on the past of the ‘Oławka’ stadium, referring to the lawn sales and collecting the most unusual items which used to be sold at the Niskie Łąki open-air market; on the other, it is connected with the visual sphere which surrounded us during the Euro Championship, which was dominated by national flags. Still life, a collage of random elements assembled in a football goal, corresponds with the historical meaning of readymades. Tracing the associations between the objects triggers a kind of a game; it turns out that the ostensible divergence may become intertwined in one narrative. 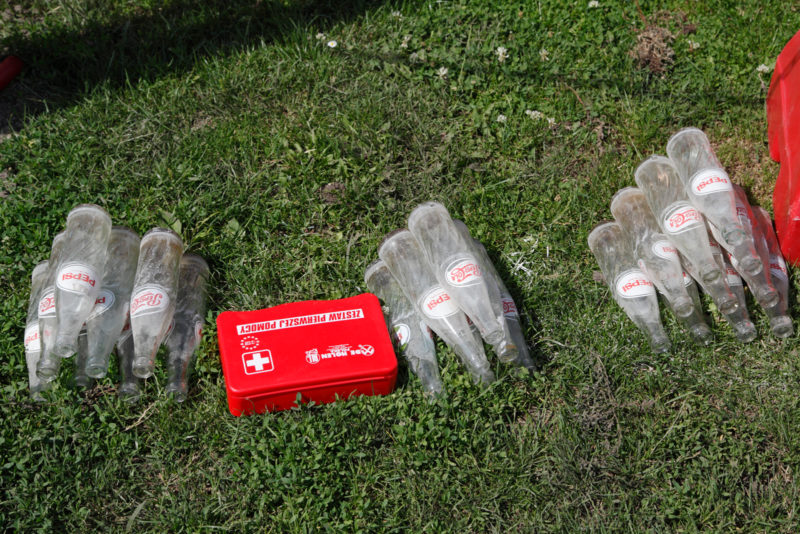