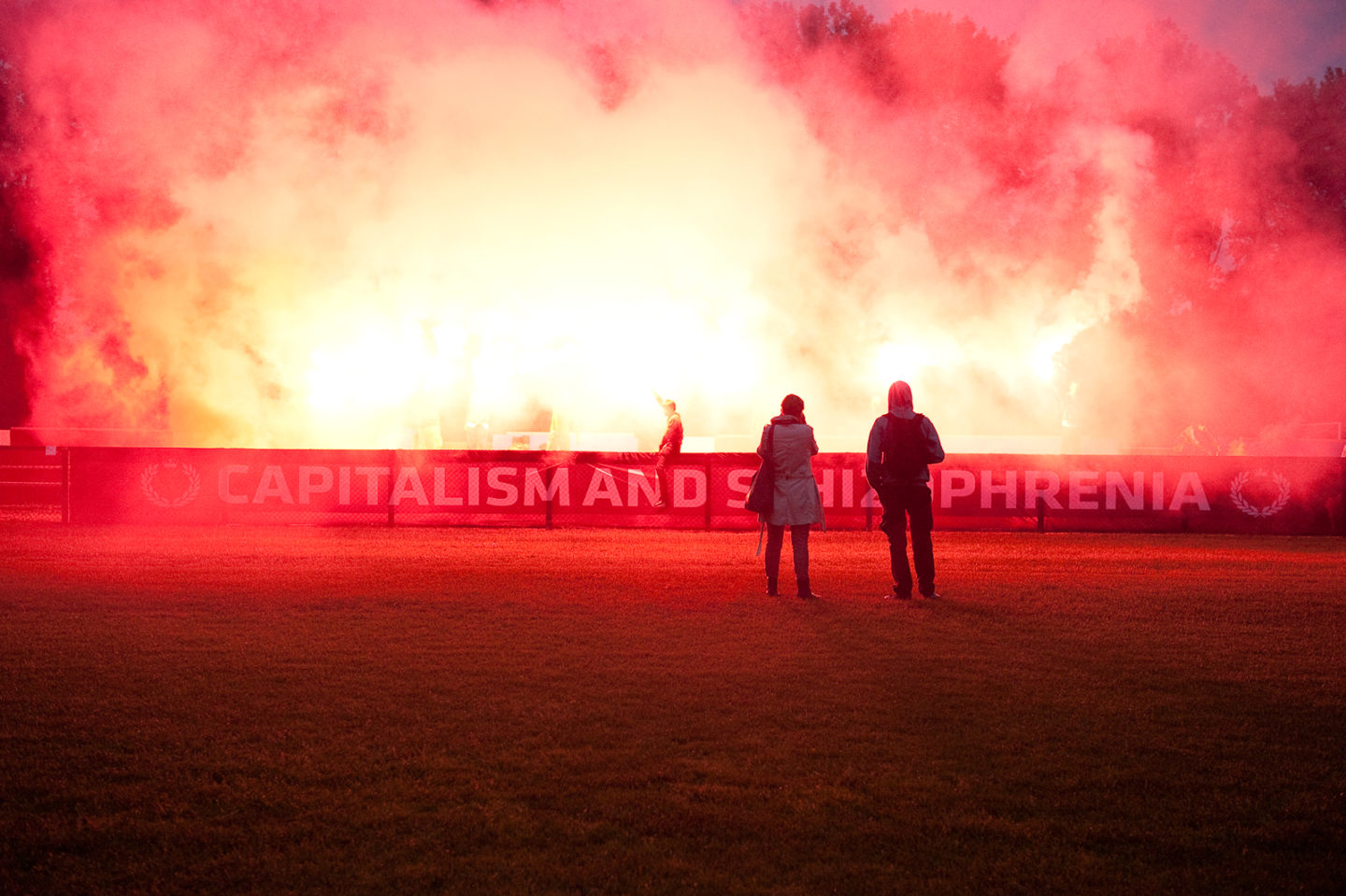 SURVIVAL 10
ART REVIEW
„UP TO YOU / WSZYSTKO ZALEŻY OD CIEBIE”

The football pitch was created around 1930 in recreational green areas, the so-called Niskie Łąki, which is a fragment of the Rakowiec housing estate. The stadium was one of the elements of the People’s Park (Volkspark), designed as a sports and recreational area by Richard Konwiarz and Paul Dannenberg, architects responsible for the construction of many sports facilities in Wrocław. In addition to a pitch with a stand, the plan of the complex also included tennis courts and a municipal swimming pool with platforms and a diving tower. It was the seat of the Postverein “Stephan” sports club. In 1938, the stadium was the venue for some competitions during a propaganda event called the German Sport and Gymnastics Festival (Deutsches Turn- und Sportfest 1938 in Breslau). For over 10 years, the sports complex in Niskie Łąki was frequently visited by Wrocław residents. After 1945, the stadium was taken over by the PKS “Odra” Sports Club and the Polish Motor Association to be used as a training centre. Then it became the home stadium of the “POLONIA” Railway Sports Club, whose football teams still train here. The Great Flood of 1997 put the stadium out of use for a number of years. In 2010, the final match of the Polish American Football Championship was played here. In 2017, the stands and the pitch were renovated. Nowadays, the sports complex, where 18 sports clubs train regularly, is managed by the Youth Sports Centre in Wrocław.