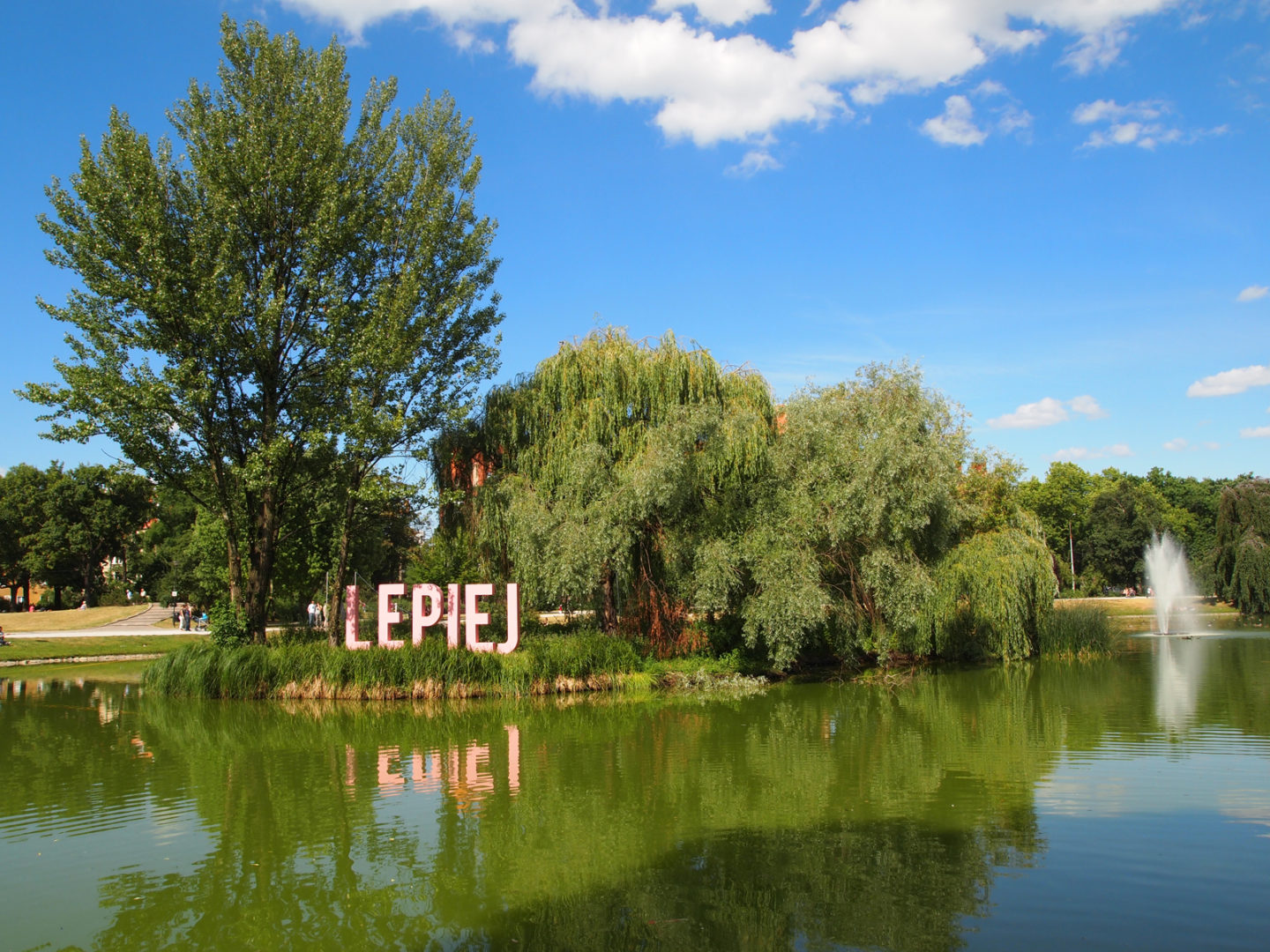 SURVIVAL 9
ART REVIEW
“WHEN A PARK BECOMS AN ARENA”

This small (covering an area of a little over 8 ha) municipal park is located in the Ołbin housing estate in the district of Śródmieście. Its panorama includes elements characteristic of landscape parks: a water body, an artificial hill and clusters of trees and shrubs. As early as the 18th century, it was a popular destination for Wrocław dwellers’ suburban walks. Its attractiveness was influenced by the proximity of the city centre and natural features, including a small pond situated in an old riverbed of the Odra. Distributaries of the river flowed through this area until the beginning of the 19th century. However, they were filled in after the Napoleonic wars and today their remains include the water bodies in Stanisław Tołpa Park and the Botanic Garden. Before a park was established here, the pond served as a laundry. Long platforms stretching above the water surface enabled local residents to do the washing even in the middle of the pond, hence the German name Waschteich Park (park with a washing pond). The architectural and gardening works connected with the establishment of the park began in 1905, and it was opened two years later. The names of the originator of the idea or the park planner have not been preserved in archival documents. The park was created as a recreational area for residents of nearby tenement houses and as a visual complement to the public buildings located in its vicinity, especially the impressive edifice of the Faculty of Architecture of Wrocław Polytechnic. It functioned under the name Waschteich Park until 1945. After the war, it was known as Nowowiejski Park for several decades until in 2005 it was renamed Stanisław Tołpa Park. It is widely regarded as one of the most beautiful parks in the centre Wrocław. The park is under the care of the Municipal Greenery Board in Wrocław.