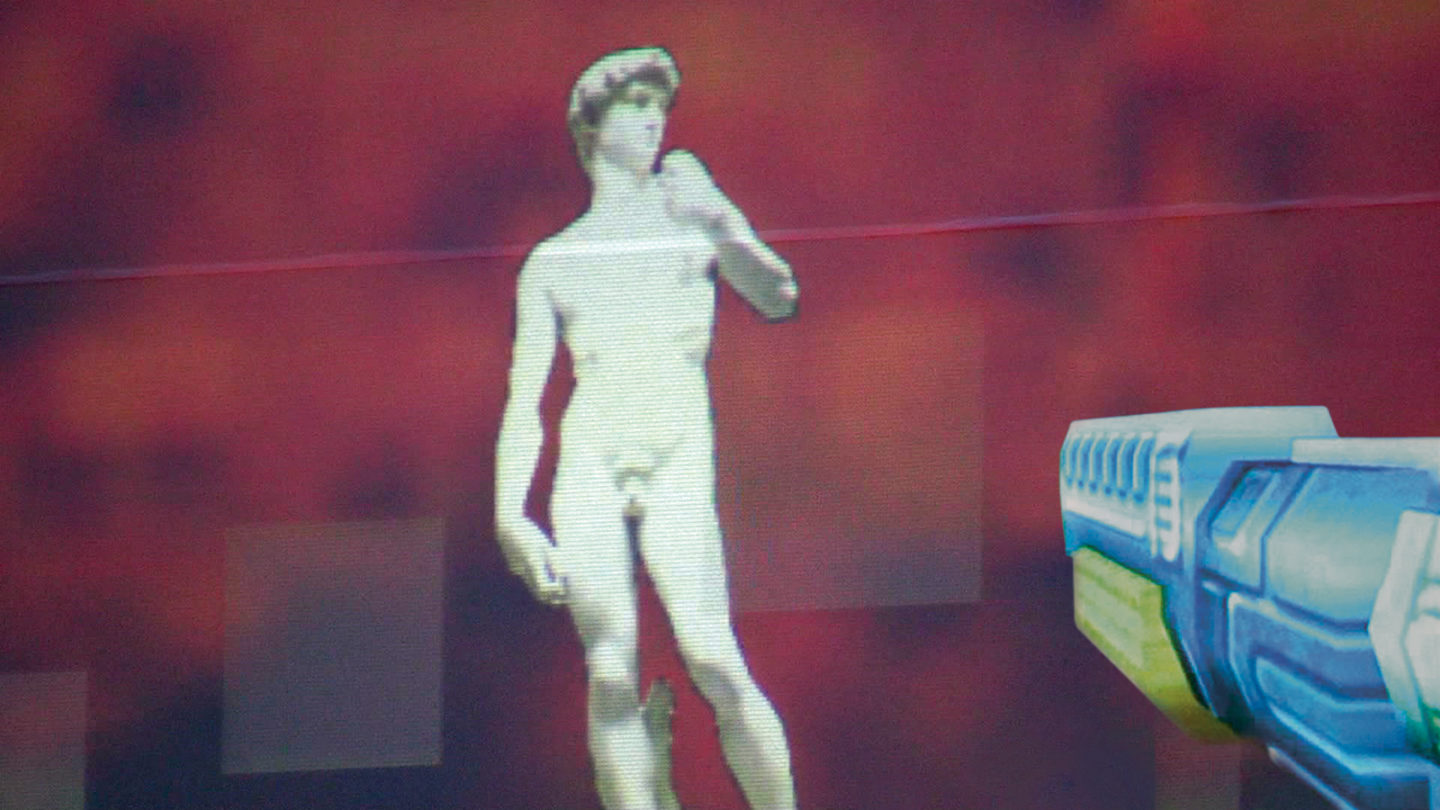 Roger Ebert, an influential American film critic, wrote in his review of Doom – an adaptation of the famous computer game under the same title – that the author has direct control over his or her work of an (like novel or film), A game, on the other hand, is co-authored by the player; the author’s role is providing the screenplay and the frames of this ‘computer world’. Therefore, according to the critic, games can’t be works of art.

“Game” project is a display of a 3D computer game, whose action takes place in a museum/art gallery. The player’s enemies are works of art: sculptures, paintings. In order to survive in this created world it is necessary to destroy all the works which are on our way.
M.G. 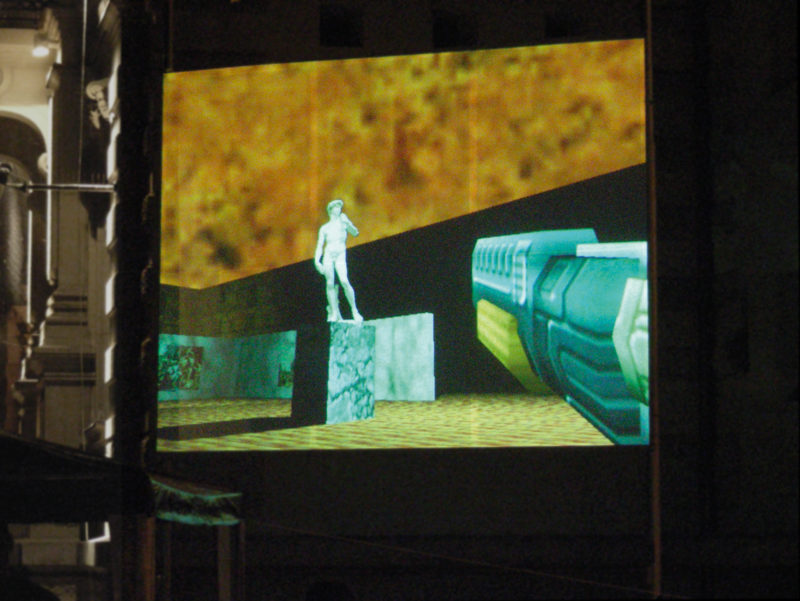