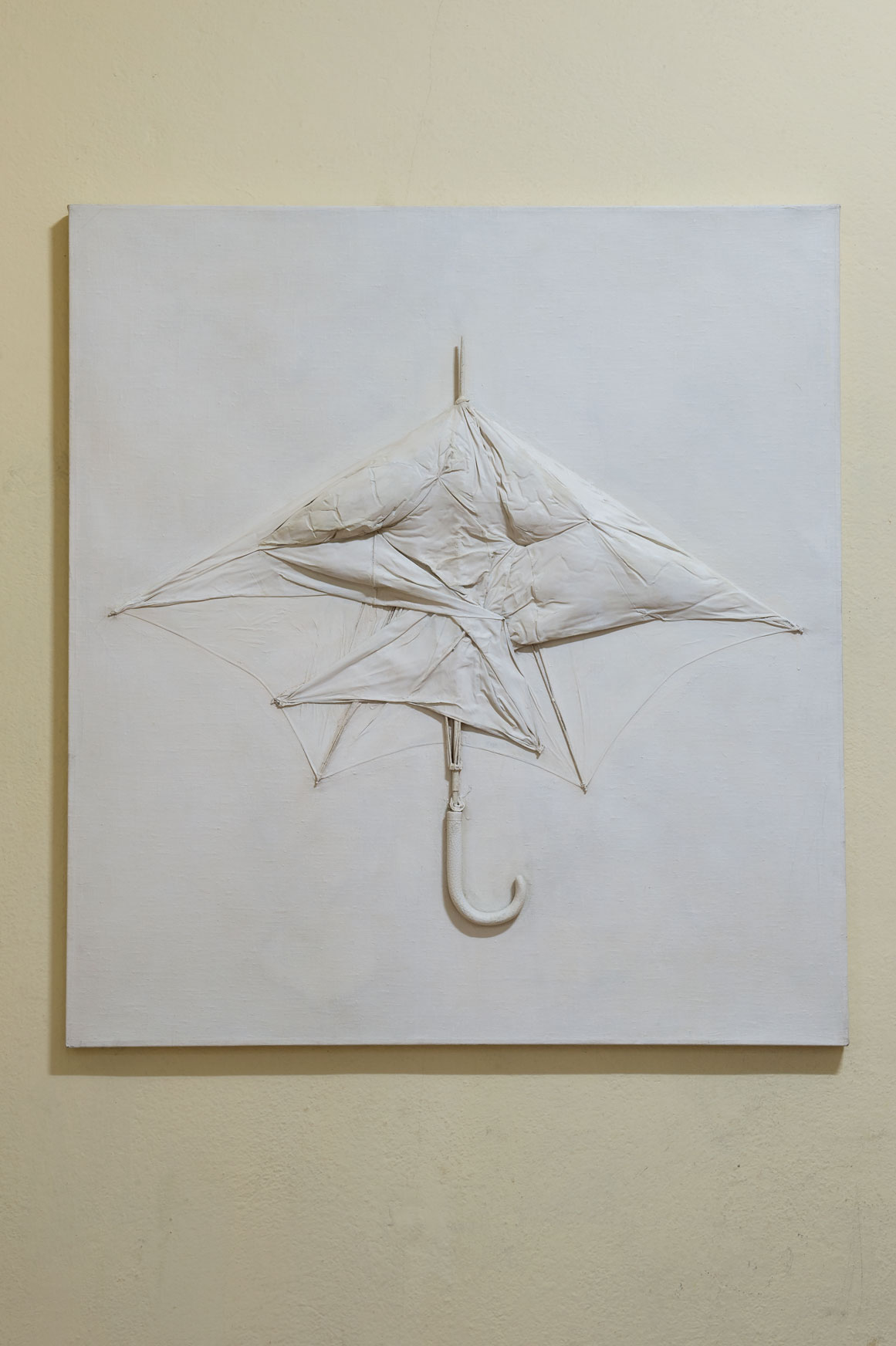 Work from the collection of Sylwia and Piotr Krupa.

In 1970, forty identical, numbered copies of a painting were made in accordance with Kantor’s instructions: a crushed umbrella was attached to a white canvas with the size of 110 × 120 cm, all of it was painted white and entitled parapluie-emballage. The works were shown at the Foksal Gallery in 1970 and sold. The new owners had to sign an unusual contract upon buying, which allowed them to interfere with the work (for example, by “writing insults, praises, expressions of recognition, sympathy, […] erase, cross out, draw […], do anything to the painting […], poke holes, burn it […] sell it, buy it back, speculate, steal”). Tadeusz Kantor’s famous action was an attempt at questioning the status of an artwork by opposing its uniqueness and dethroning it from the pedestal of high art. The action was also intended to upset the order of the art world: it undermined the position of museums, galleries and collectors. Leased for the duration of the festival by the private Krupa Gallery, in the context of the motto of the 16th edition of SURVIVAL the work becomes the starting point for a reflection on the importance of collections and collecting in the contemporary world, and on the role of the broadly-defined patronage – both private and institutional. 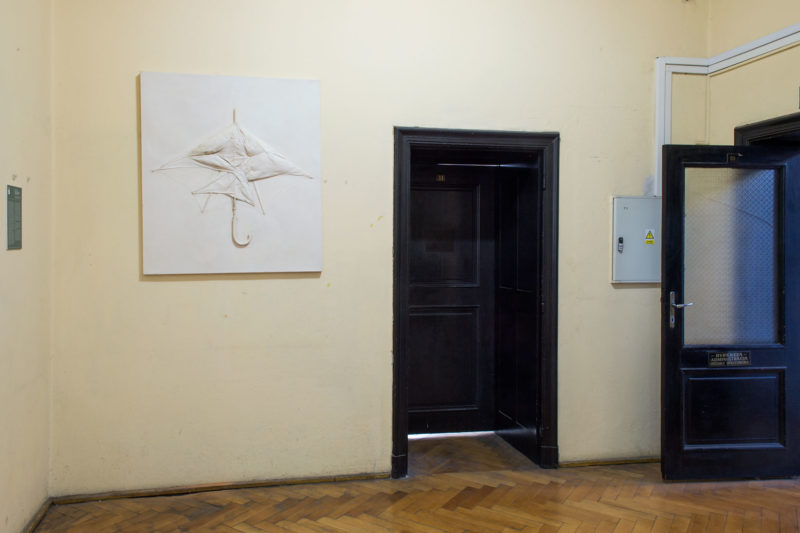