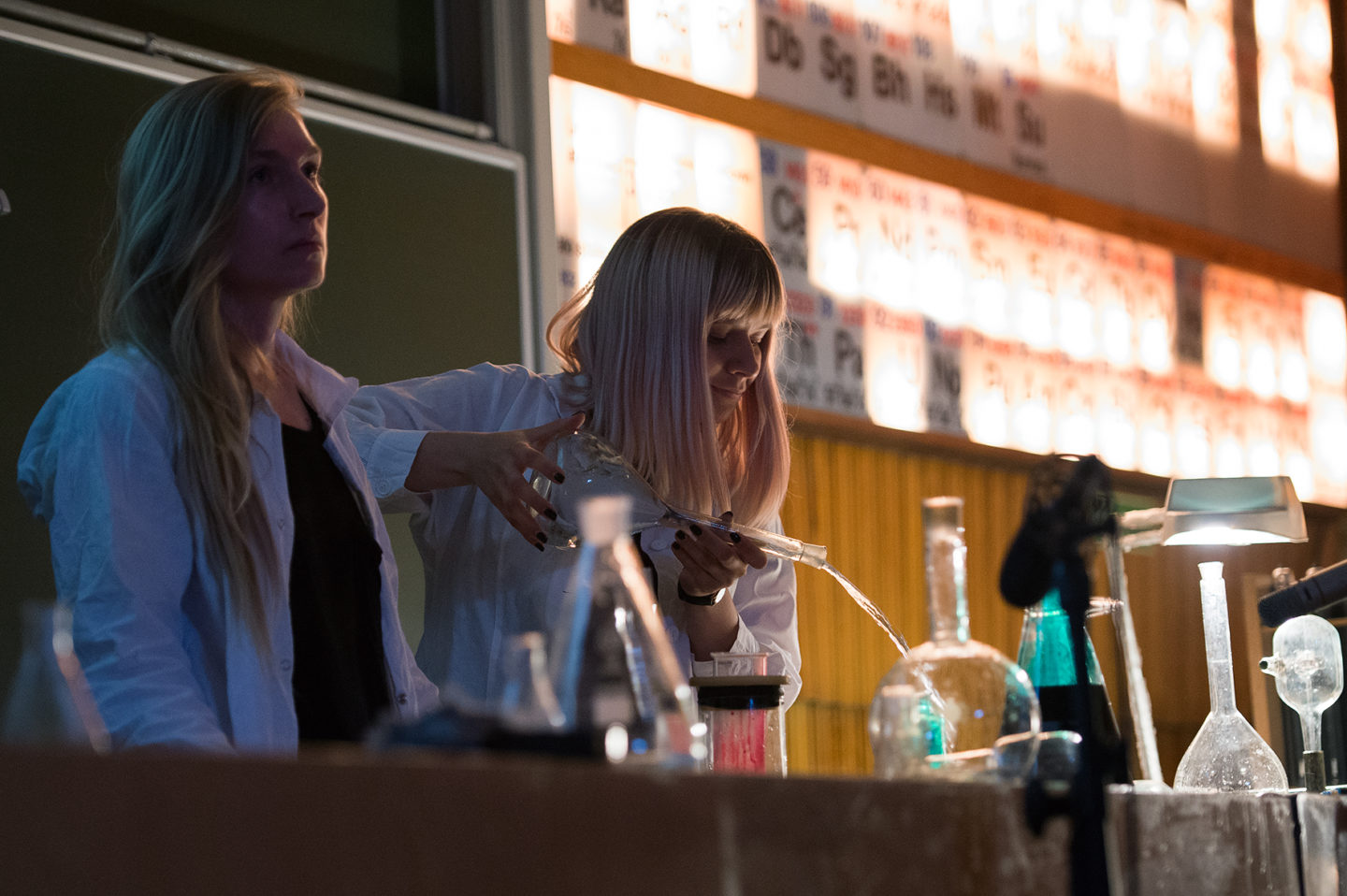 George Brecht, one of John Cage’s most well-known students, was a chemist by education. In the late 1950s he invented text scores, so-called “event scores”, which would later become the canon of experimental music and performance. Associated with the Fluxus milieu of artists, Brecht wrote short instructions in the form of orders or pictures. His Event Scores were works at the intersection of
sound composition, visual poetry and performance scenarios, intended to facilitate shared performance. Brecht’s work not only blurred the boundaries between the artist, the performer and the audience, but also between the techniques of reproducing the artwork – print and recording, text and graphics. The performance by the etc Group (a collective of artists and researchers who work with the artistic tradition of the neo-avant-garde, experimental music and intermedia art) is an attempt at interpreting Brecht’s compositions in the acoustic context of the lecture theatre of the Chemistry Auditorium. It is based on the acoustic properties of the original space of the lecture hall and the potential of sound events in Brecht’s pieces. 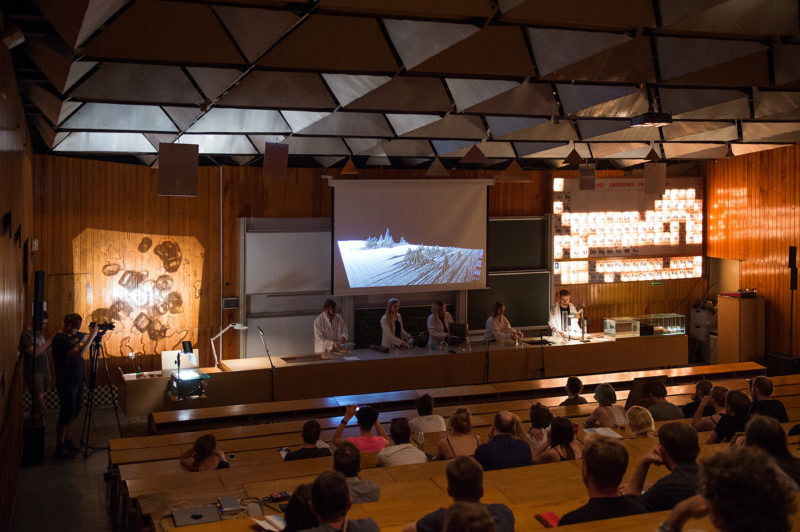 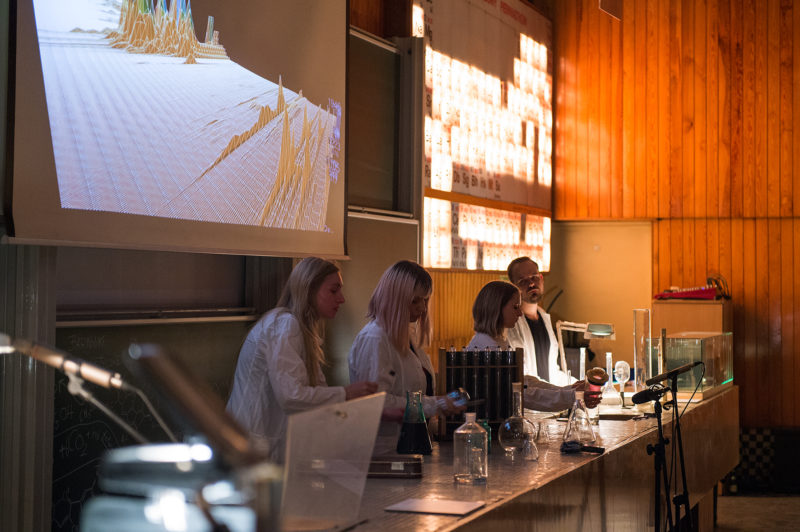 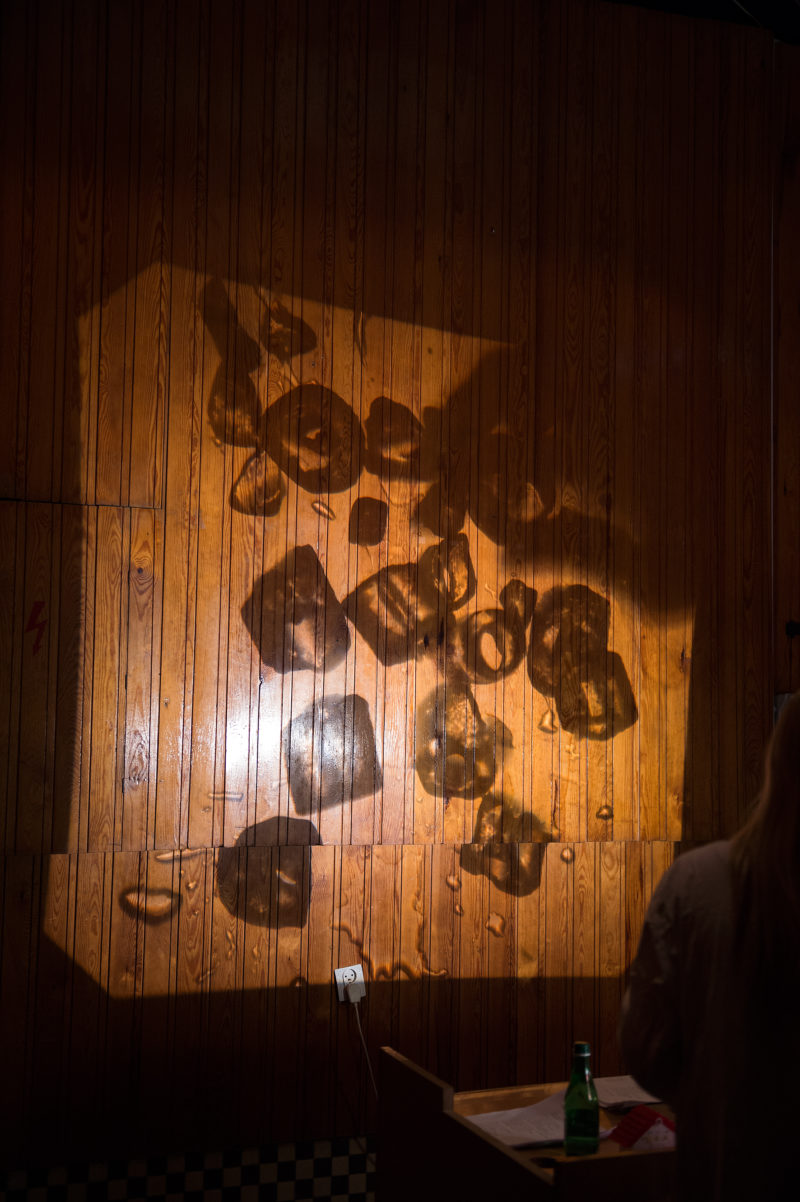 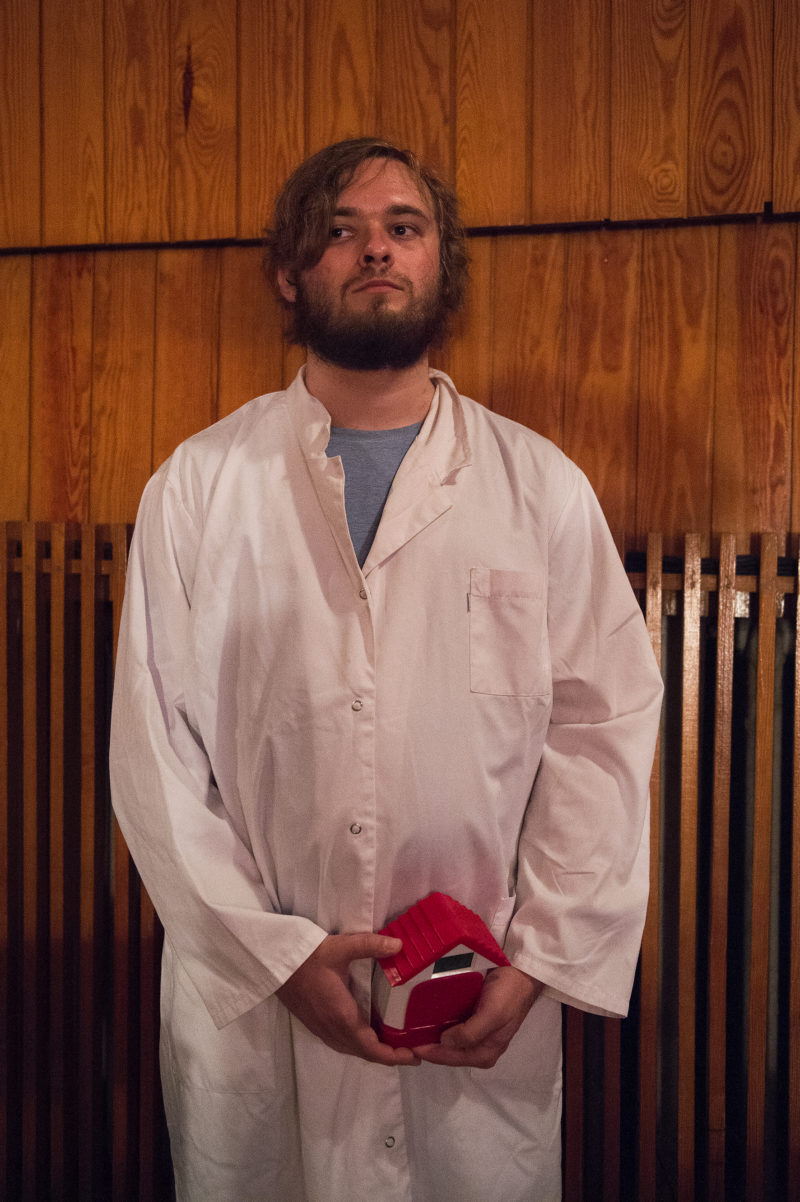 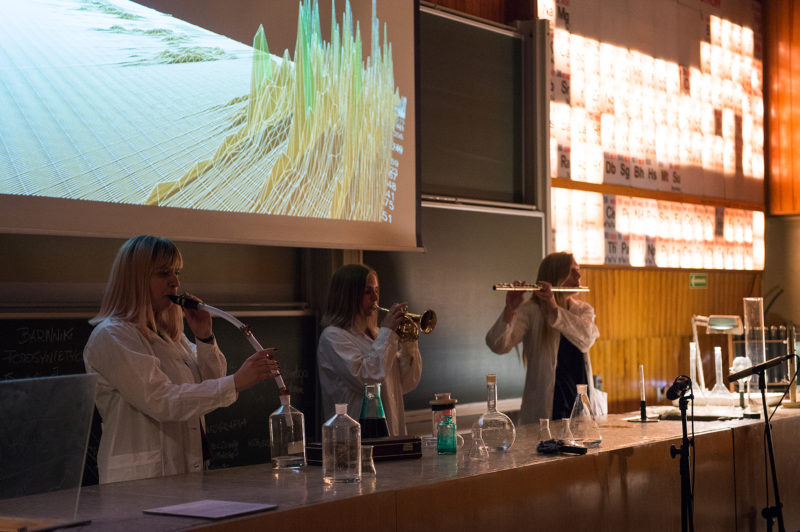 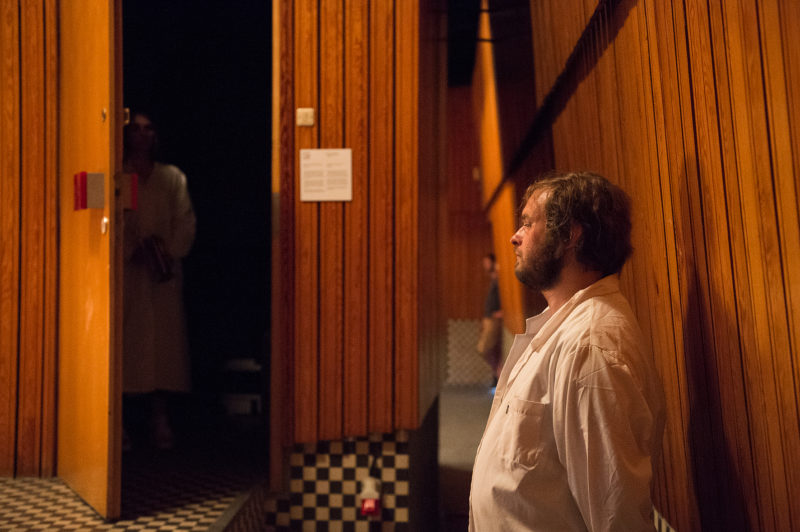 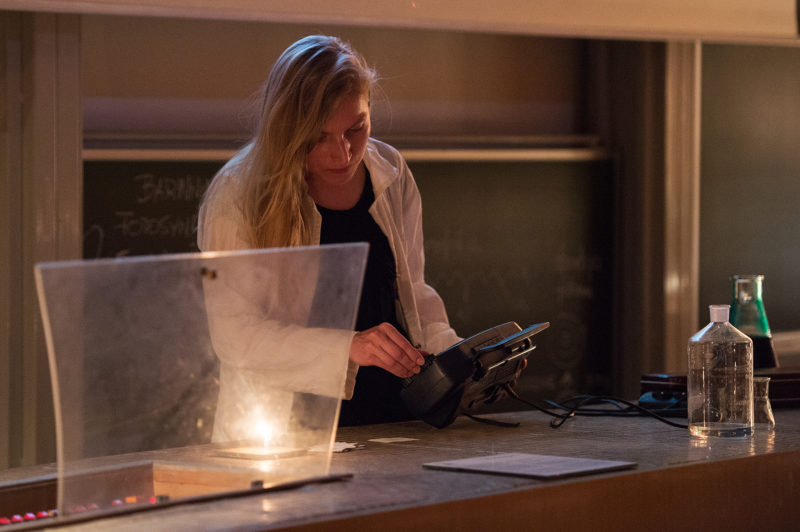 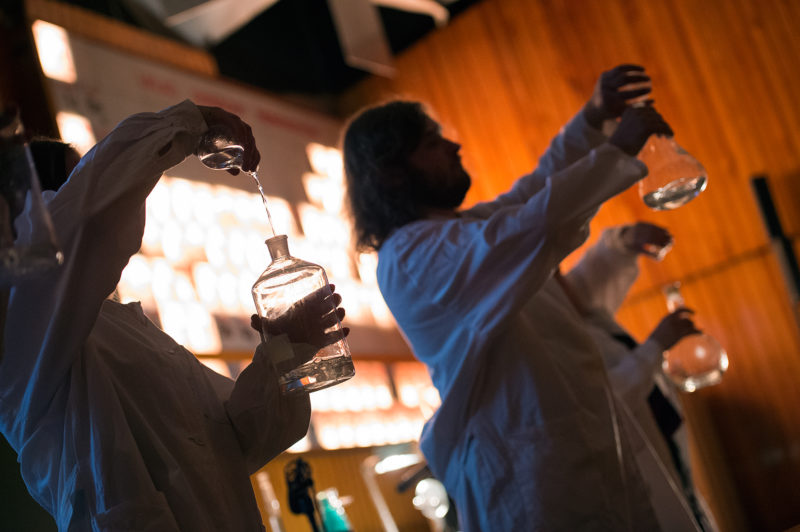 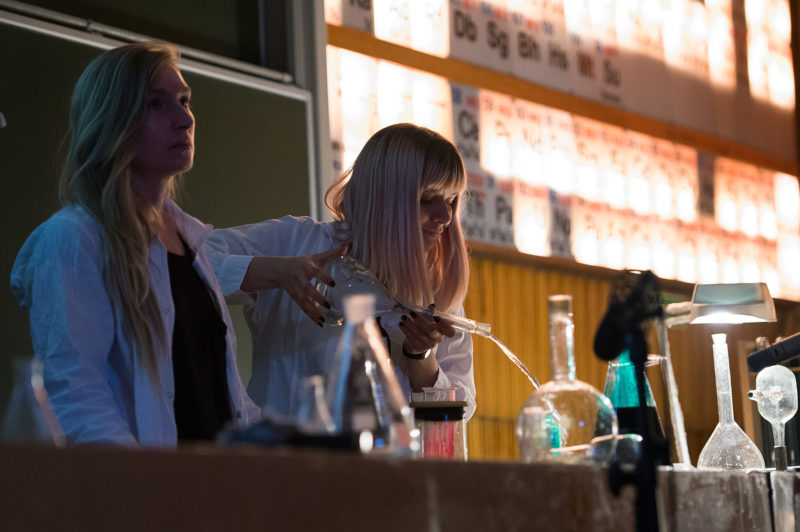 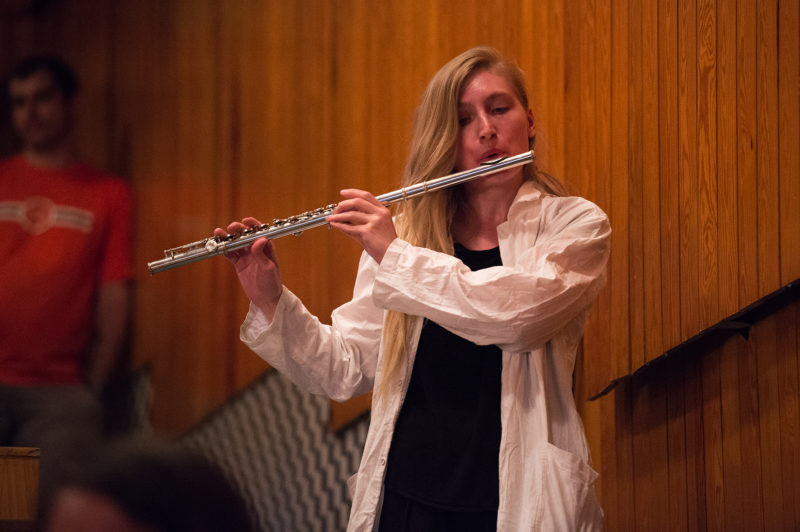 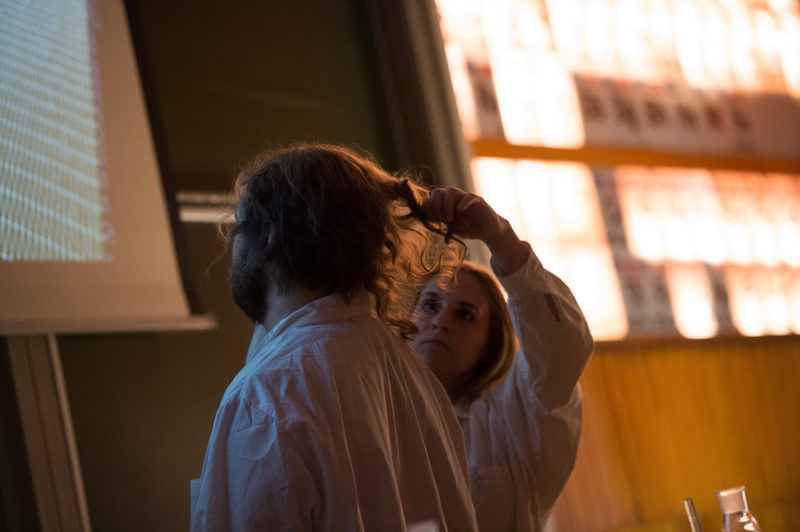 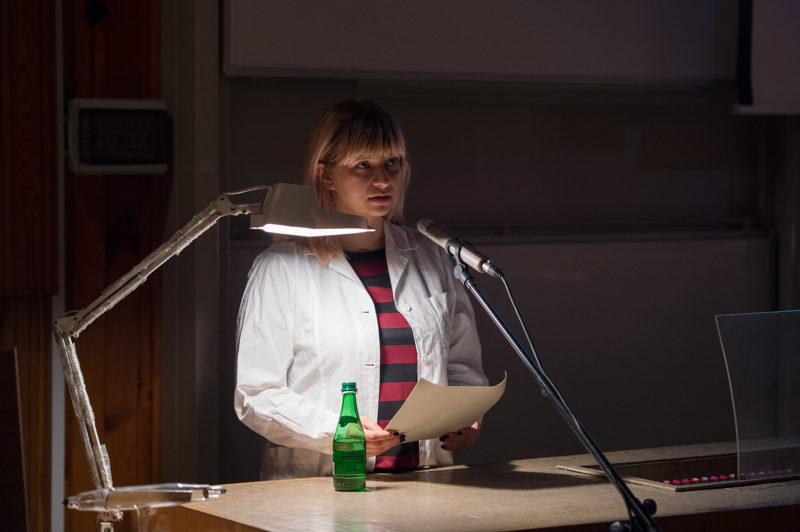 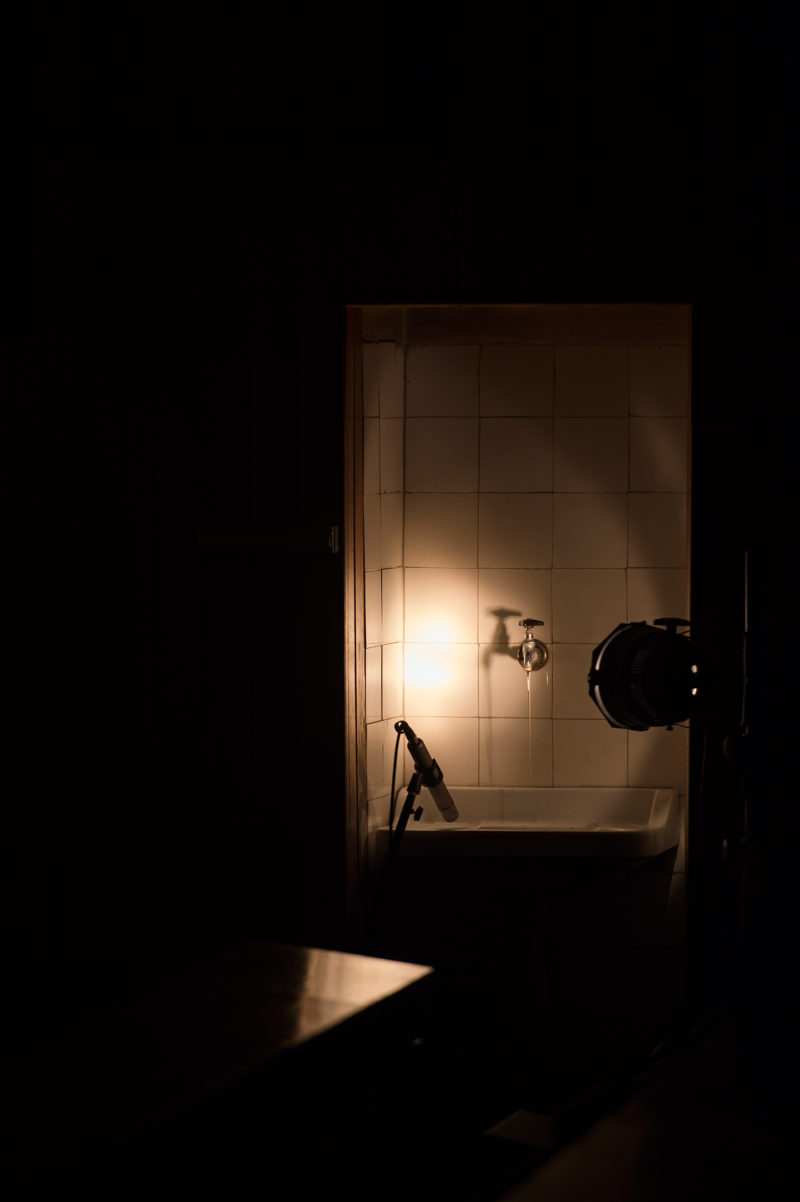 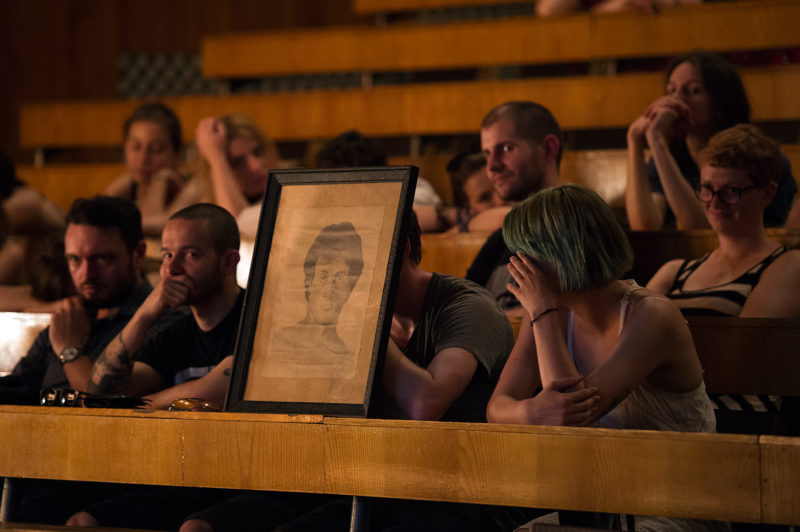