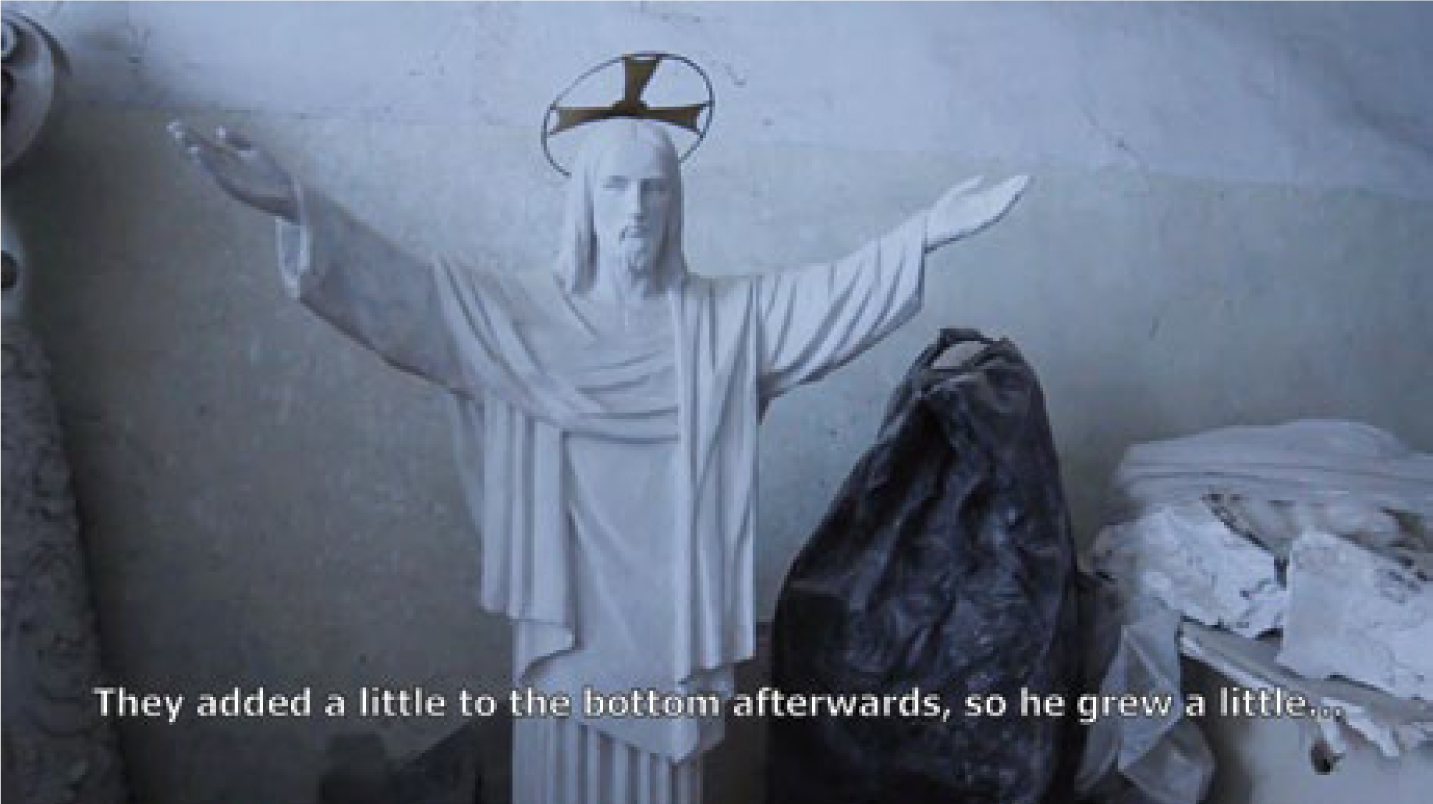 In 2010, commissioned by the parish priest of the Sanctuary of the Divine Mercy in Świebodzin and funded with donations, the Monument of Christ the King of Universe was erected. Standing at 33 metres tall, it is currently the tallest statue of Jesus Christ in the world. It is followed by Christ the Redeemer in Rio de Janeiro (30 metres tall) and the Christ of the Pacific (20 metres tall). The cost of building the monument is estimated at 6 million zlotys. Sixty-six kilometres from the biggest Jesus on Earth, an 18th-century palace is located, which is the home and studio of Mirosław Patecki – the designer of the famous statue from Świebodzin.
Kinga Michalina Mistrzak and Anna Raczyński, the makers of the film, pay a visit to his home. The camera slowly trails the empty rooms, offering a faithful, albeit rather depressing, depiction of the atmosphere inside the slowly decaying palace; in 2012, a third of the building collapsed and has not been rebuilt due to a lack of funds. 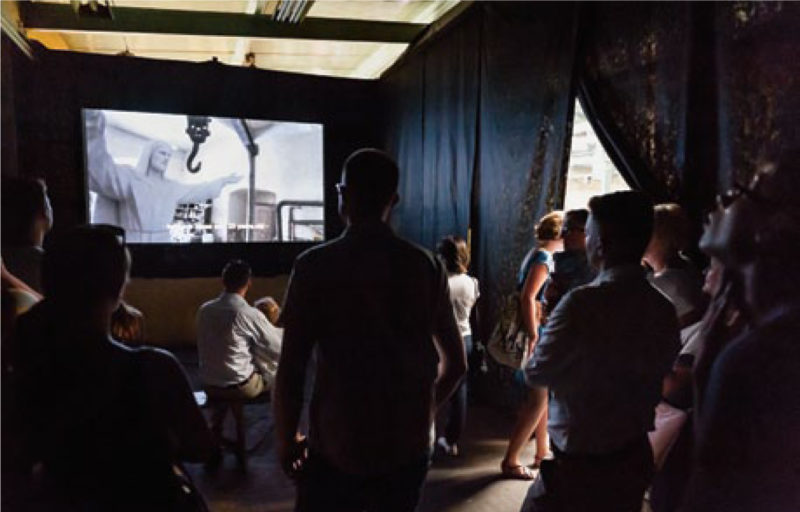