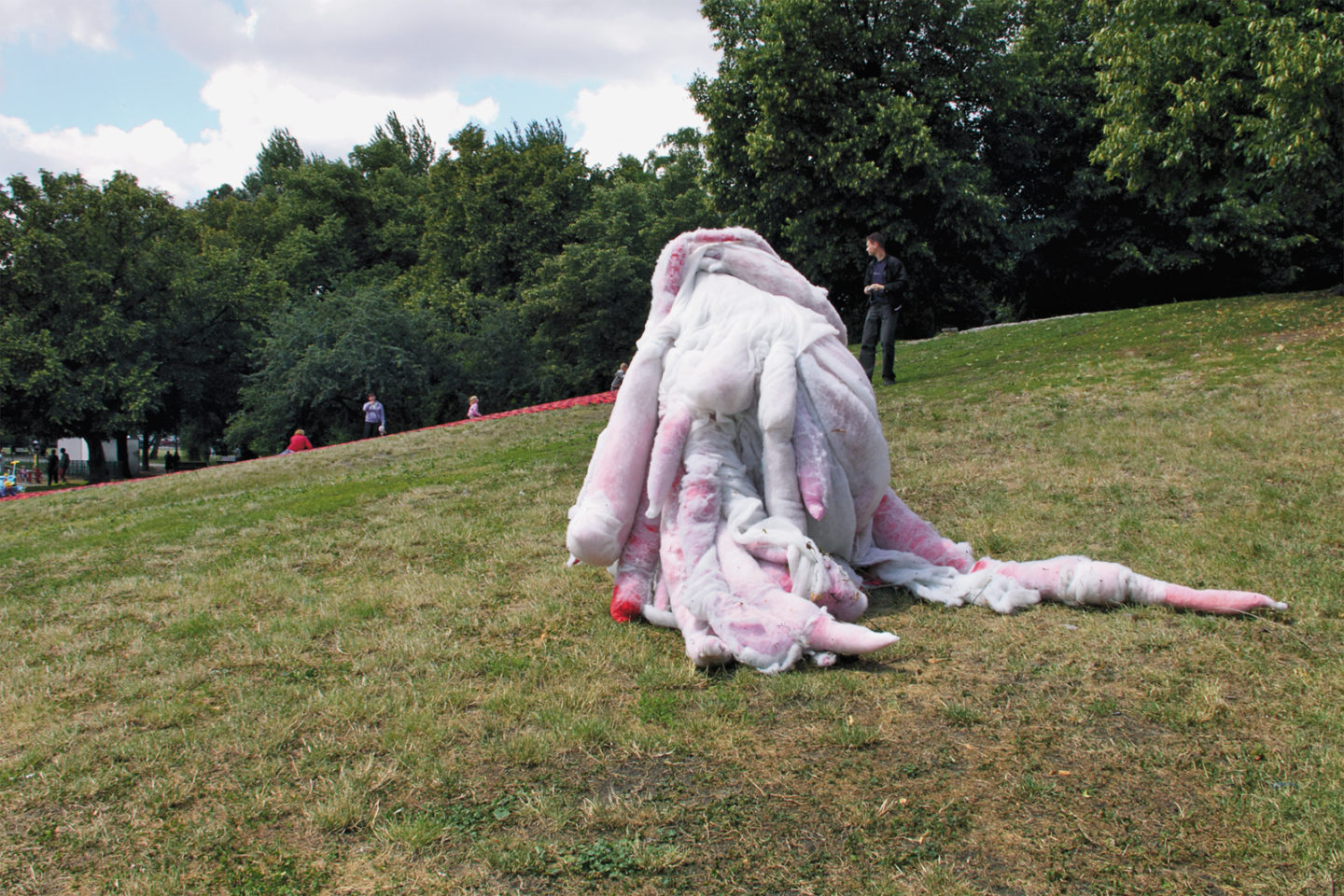 A huge mascot which looks like an anemone or jellyfish, moving awkwardly through the park – it is a performance of three artists from the OKO Group. The creature aroused vivid interest in children. The youngest visitors to the Review asked if it was an alien, and then carried out an attack: snuggling into it, wrestling with its furry tentacles, banging fists. As a result of this, the mascot fell apart and revealed the artists hidden inside it – bound back to back in such a way that it made moving difficult. The girls, although exhausted, worked the whole night to bring the creature back to a decent state, and repeated the performance on the next day. This time the children did not react as spontaneously – maybe not wanting to destroy the toy again. What is more likely, though, was that the magic was gone. 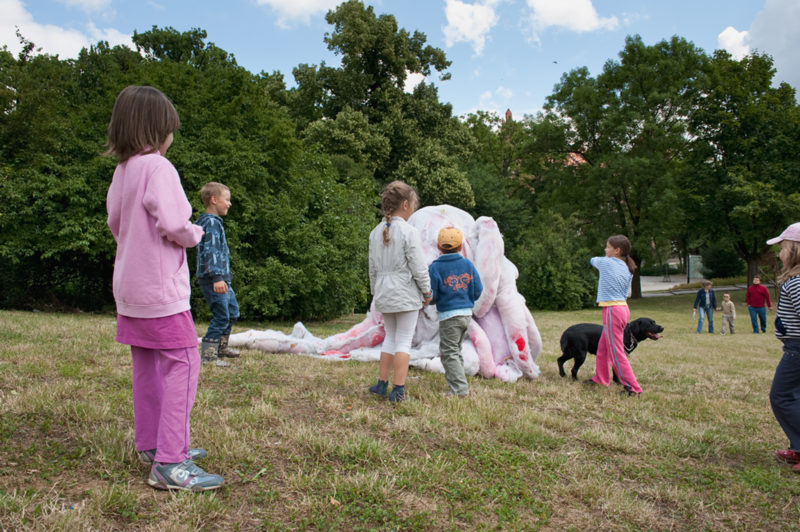