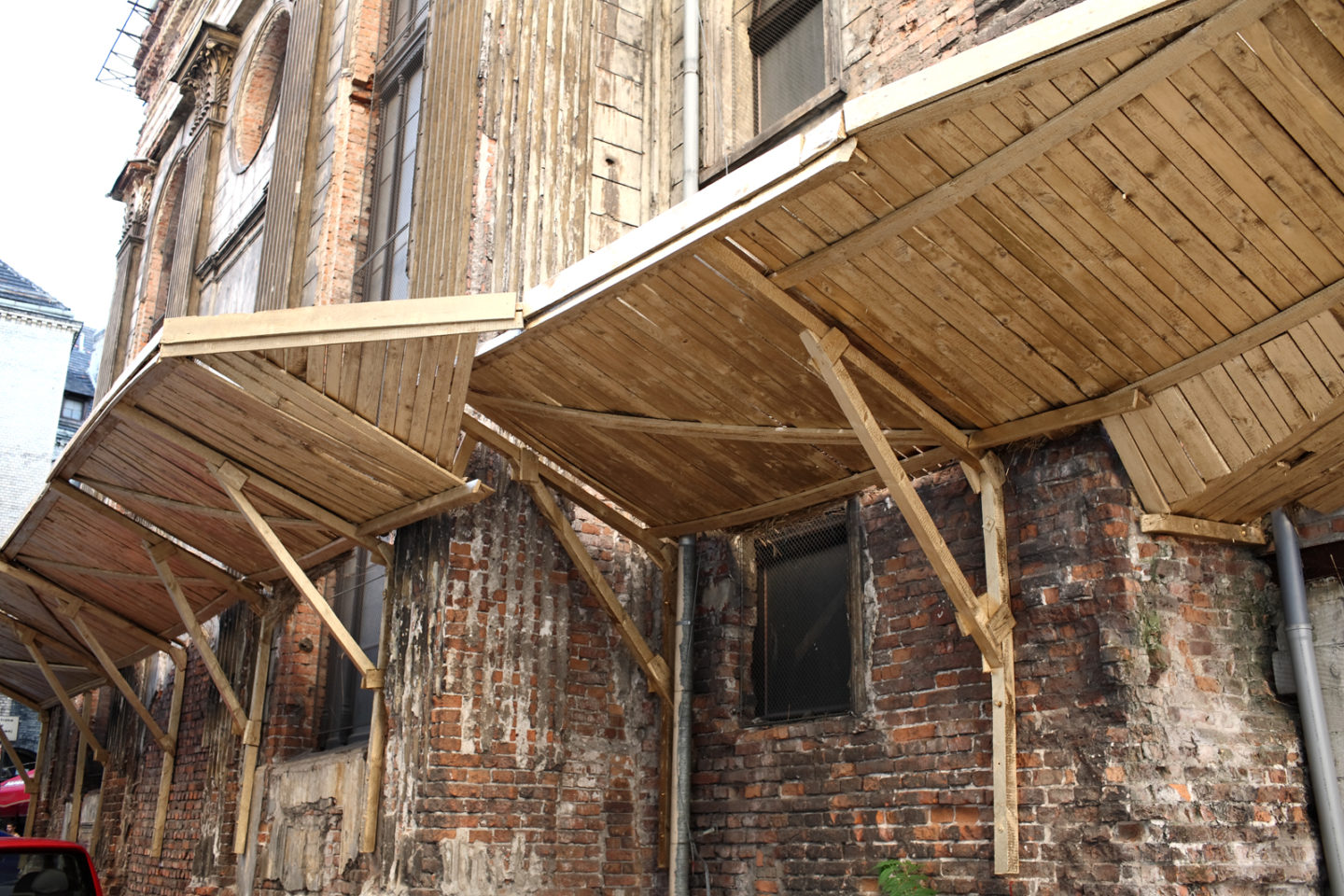 [side wall of the synagogue]

Religious and social semantics of the synagogue, in the context of a utilitarian role of the scaffolding attached to one of its walls, became a pretext for Piotr Blajerski’s artistic utterance. The project took on the form of intervention whose idea was to gild the scaffolding. Preserving the shape of planks made the original function of the object clear, but the precision of workmanship created a clear visual contrast. The artist reversed the main focus of meaning. The role of the synagogue, as an architectural structure, was reduced to background. The real durability of the contrasted materials and their supposed atractiveness created a kind of disharmony, enabling wide interpretational possibilities. 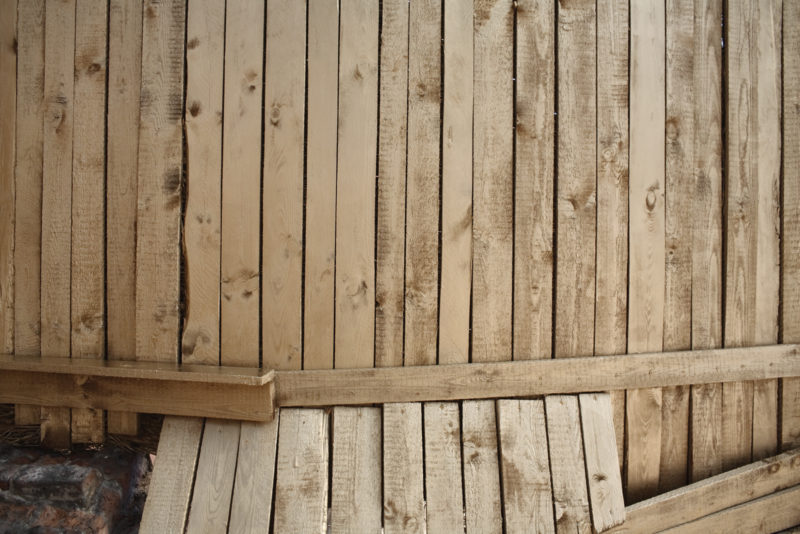 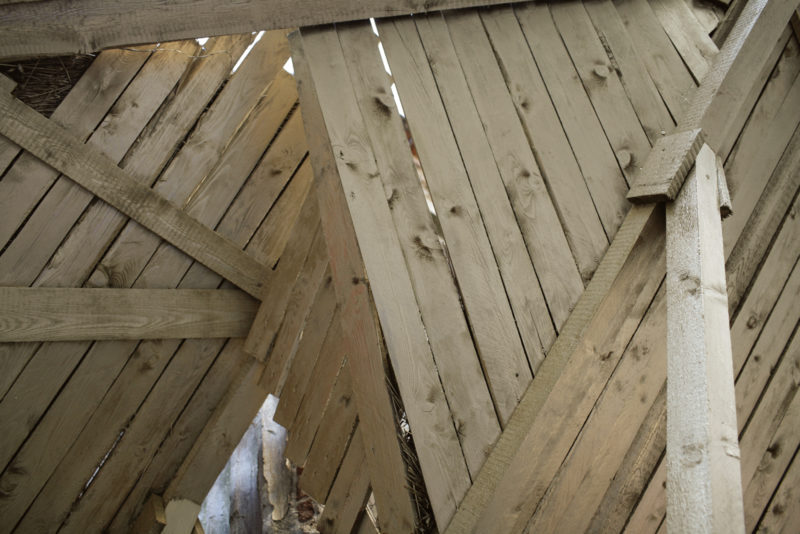 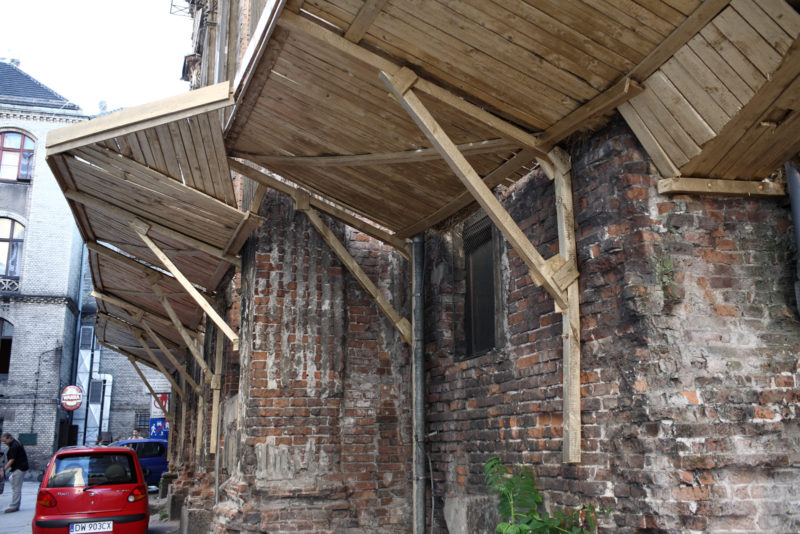 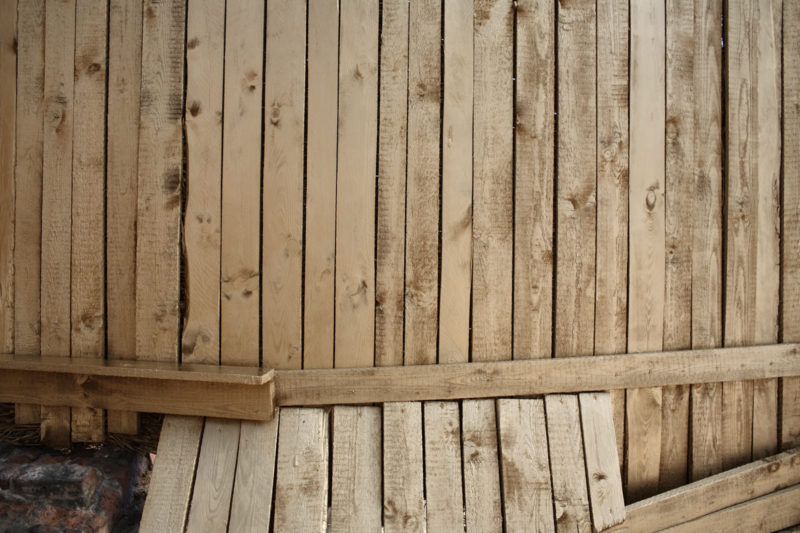 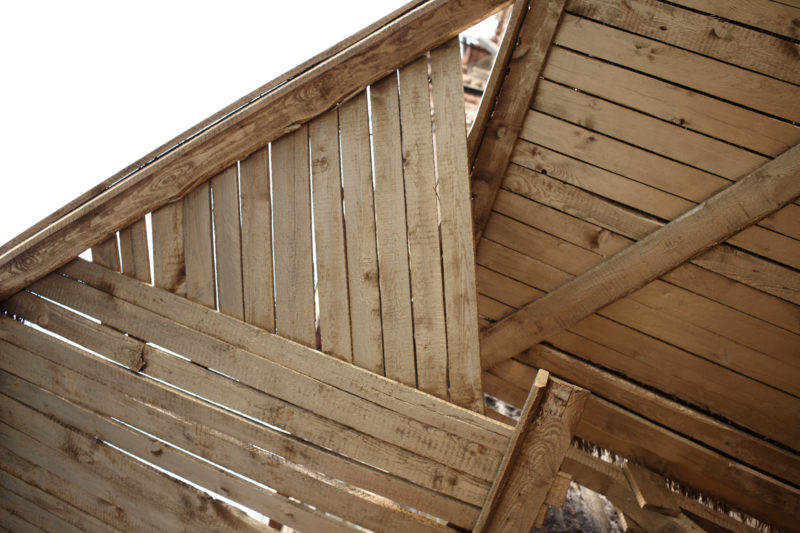