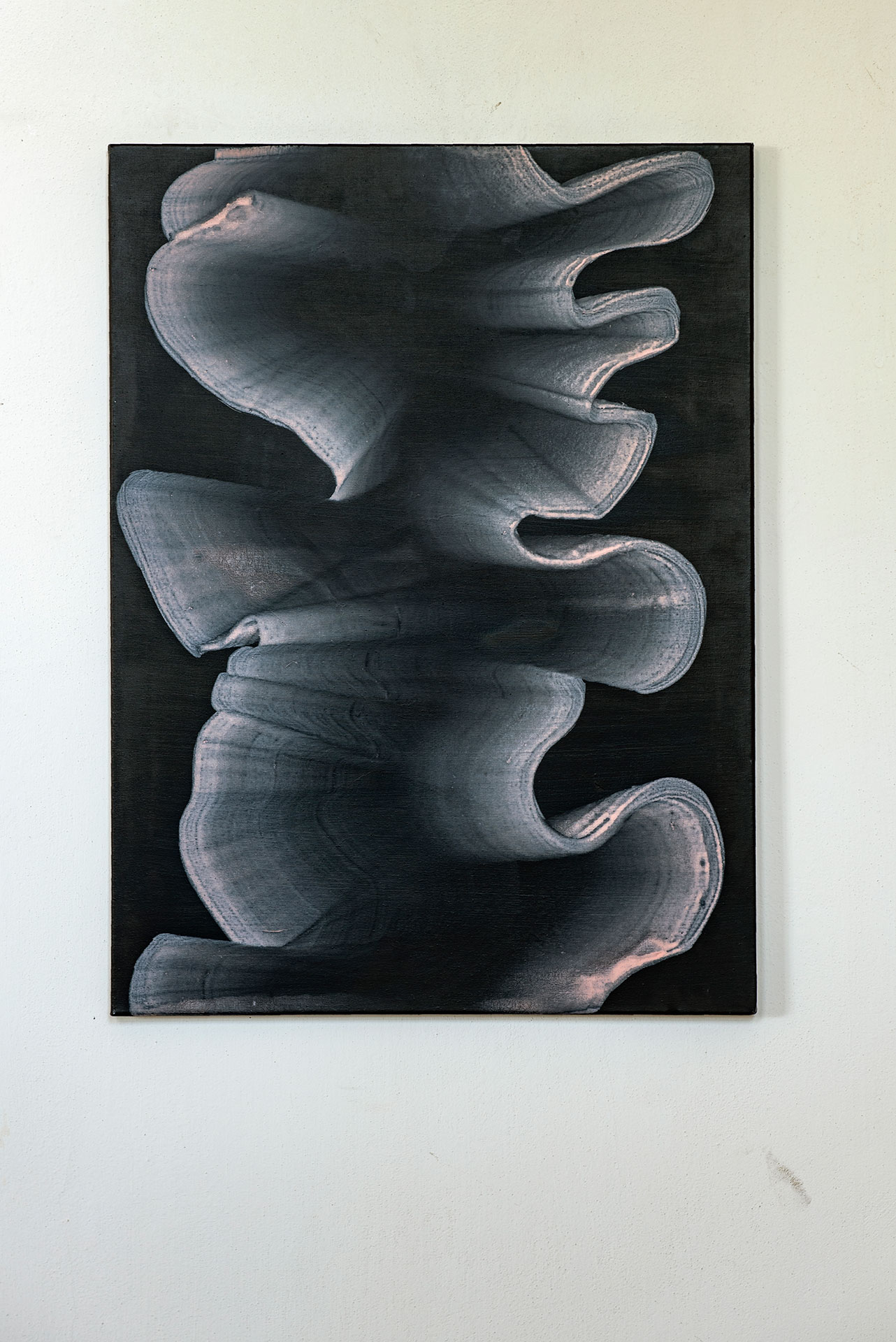 The presented painting belonging to the series Diffuse can be interpreted on many levels. Kinga Popiela’s work is characterised by a universal feature – it can be associated with important categories such as time, but it can also show the beauty of various micro- and macrostructures rooted in the organic world. Last but not least, it is also a treatise on painting as an autotelic value or as a phenomenon confined to the world of its formal properties. The fluidity permeating the Diffuse series corresponds with the multilayered composition of Eliot’s poem in such a way that it could illustrate the verse through the sudden changes in the continuity of the line and the resonance of the paint marks. Finally, the eponymous diffusion aptly reflects the polyphonic nature of Eliot’s vision of the world. 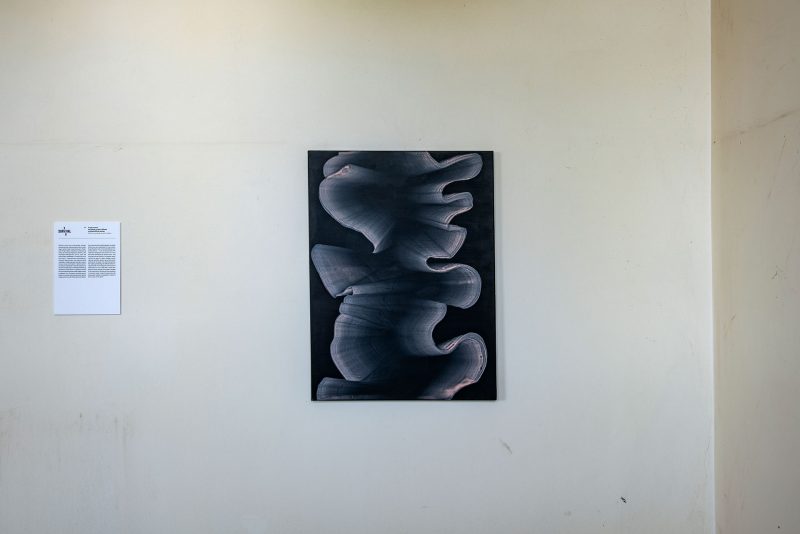 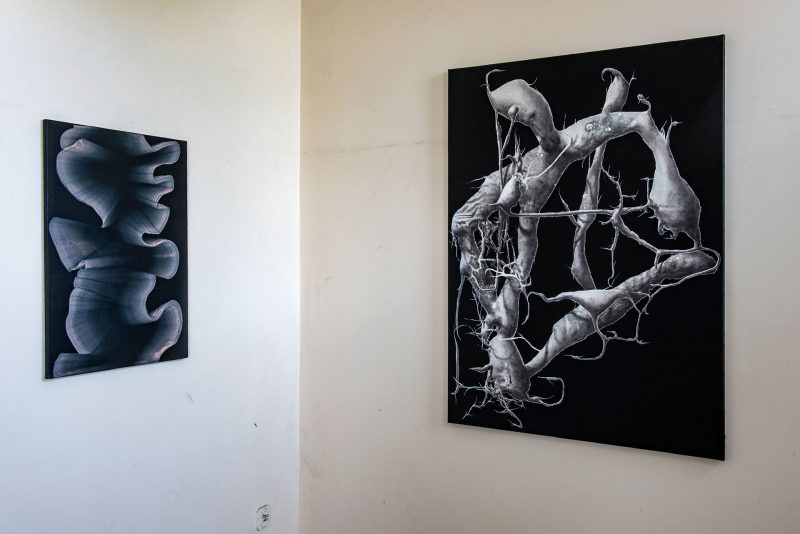