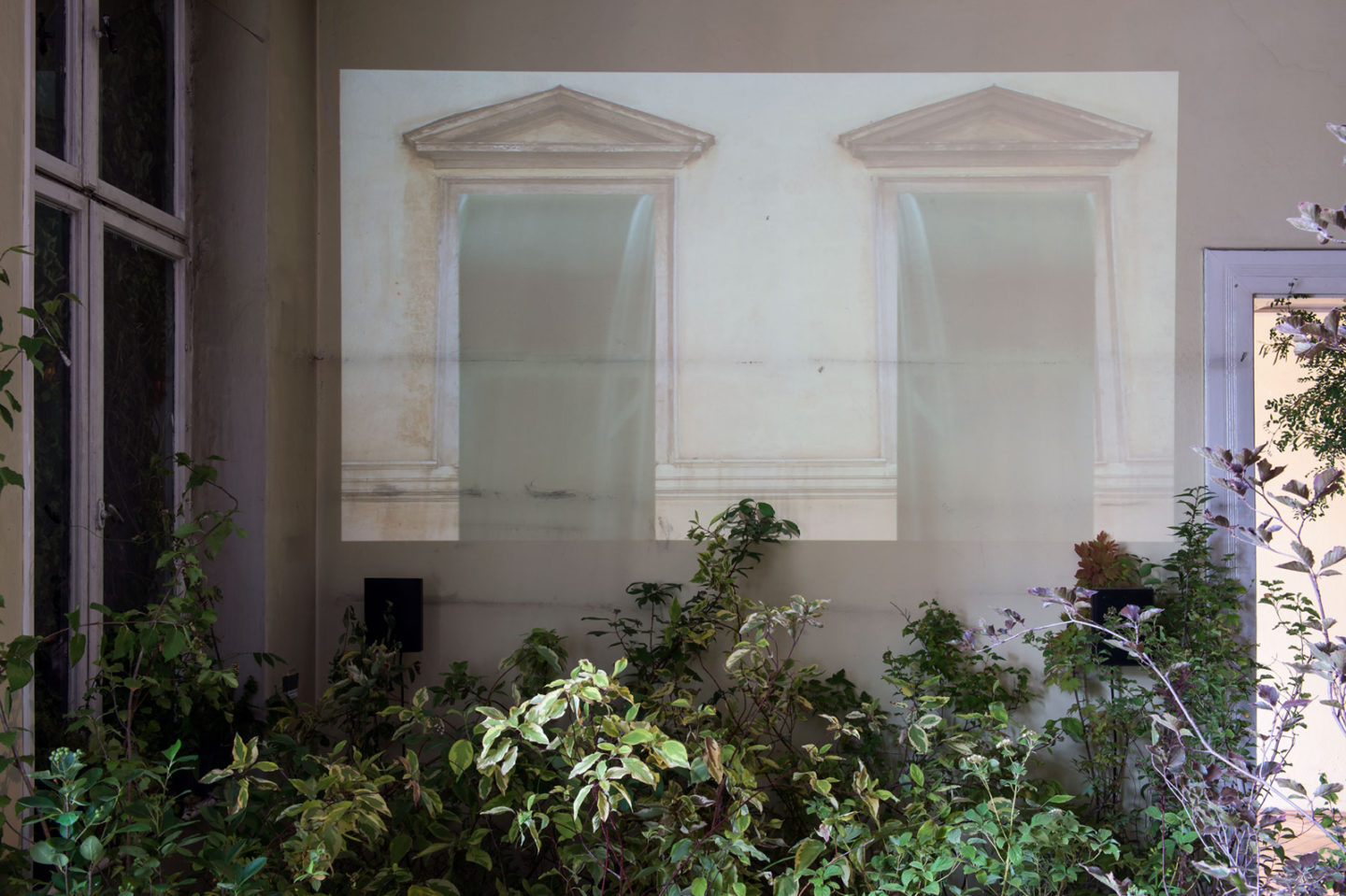 For the 16th edition of the SURVIVAL Art Review, Monika Konieczna and Mariusz Sibila proposed a symbolic “reconstruction” of the ancient temple of all knowledge – the Library of Alexandria. Using different forms of artistic expression (video, performance), the two artists filled up one of the palace rooms with the “spirits” of the sciences: astronomy, geometry, mathematics, optics, and the “spirits” of people who rendered important services to science while considering the spiritual aspect of human existence to be of key importance. The complex installation included references to people such as Hypatia of Alexandria, Johann Wolfgang Goethe, Johannes Kepler or Rudolf Steiner. Space claimed by “nature”, allusions to the age of “nigredo,” symbols of water and fish as a manifestation of the unconscious (creatures of the lower order) on the one hand, and on the other – as a depiction of infecting the ancient output with “barbarian” Christianity (e.g. Nitrian monks destroying the Serapeum – the most important part of the Library of Alexandria) – this is the setting for a “library” which exists not as volumes, but rather as an almost indestructible collective effort of the human spirit to discover and cultivate the triad of truth, beauty and goodness. The symbolic space of the library arranged for SURVIVAL could be perceived as homage to knowledge understood as the key capital, which by combining the spiritual and scientific methods of cognition is capable of bringing us closer to comprehending the ultimate reason and the nature of all things. The complex installation was accompanied by a piece of music entitled Cosmos, a variation on the tones and intervals calculated by Kepler in Harmonices Mundi. Composer Dawid Dorożyński based it on a free use of scales with irregularly repeated sounds. Despite this freedom, a clear division of voices was used on the basis of Kepler’s scales, which looks as follows: soprano – this is the planet Mercury (c1 – e2); alto – this is Earth (g1 – as1), Venus (e1) and additionally the Moon (scale moved down an octave in order to support the short scale of Earth and Venus), h1 – e1); tenor – this is Mars (the characteristic perfect fifth f – c); bass – this is Jupiter and Saturn (g – h). 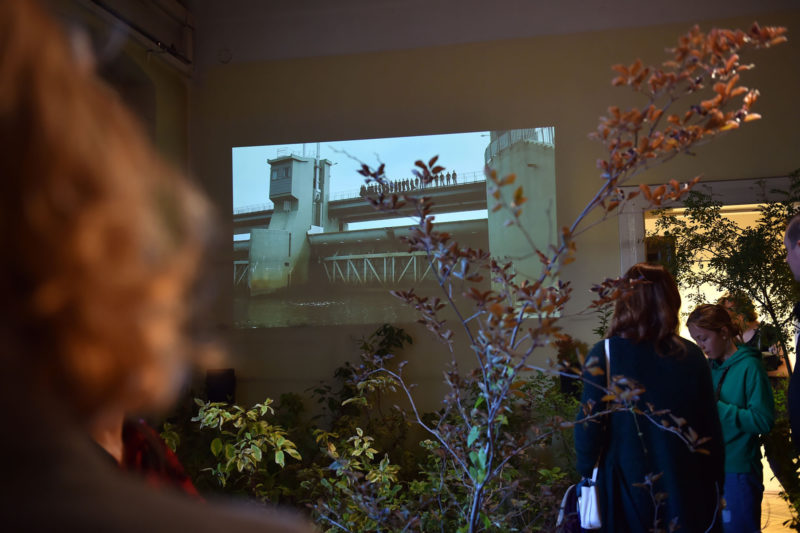 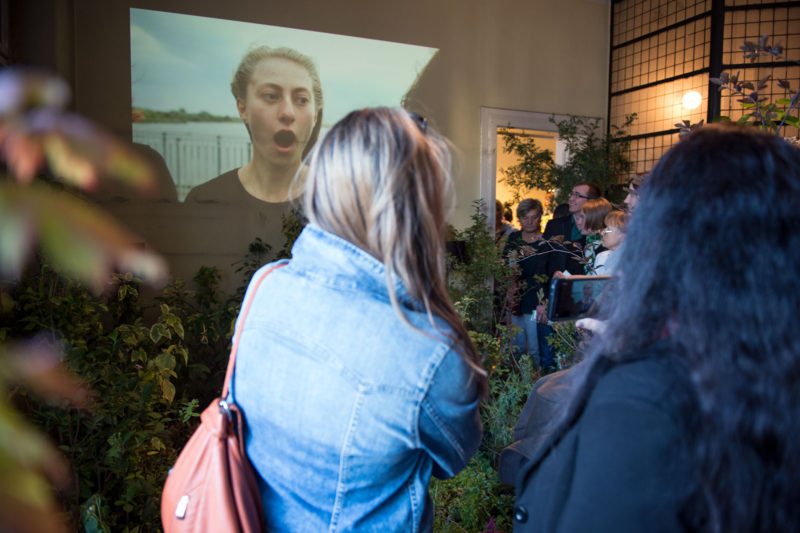