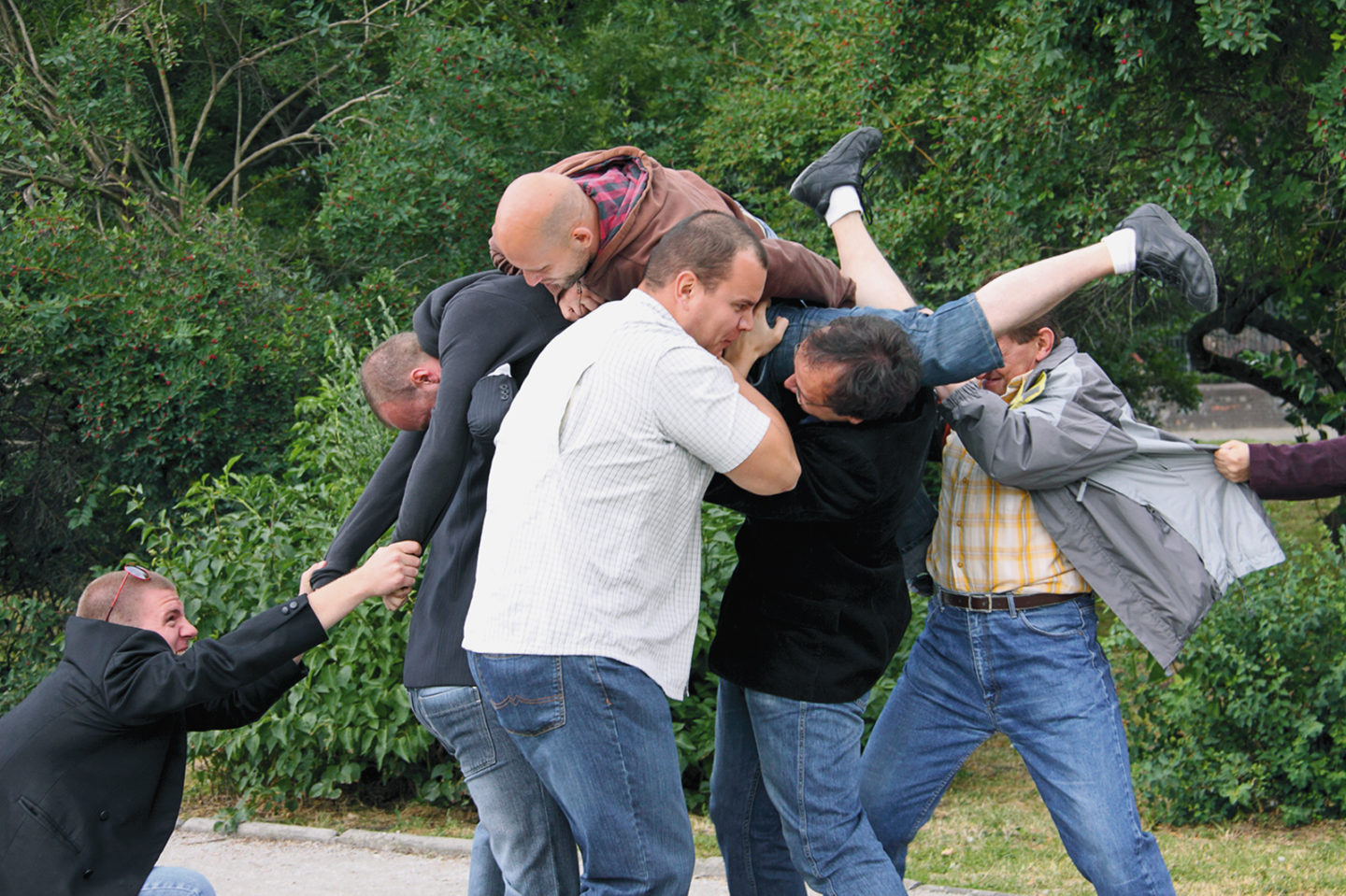 Piotr Kotlicki carried out a performance entitled Creature. A group of several people was walking in the park. Suddenly one of them was lifted from the ground by the others and suspended upside down. After a short while, the situation was back to normal: the group continued their walk as if nothing had happened. Creature was a funny joke, but also a form of a virus disturbing a well-known, typically-used space – trying to breach it. 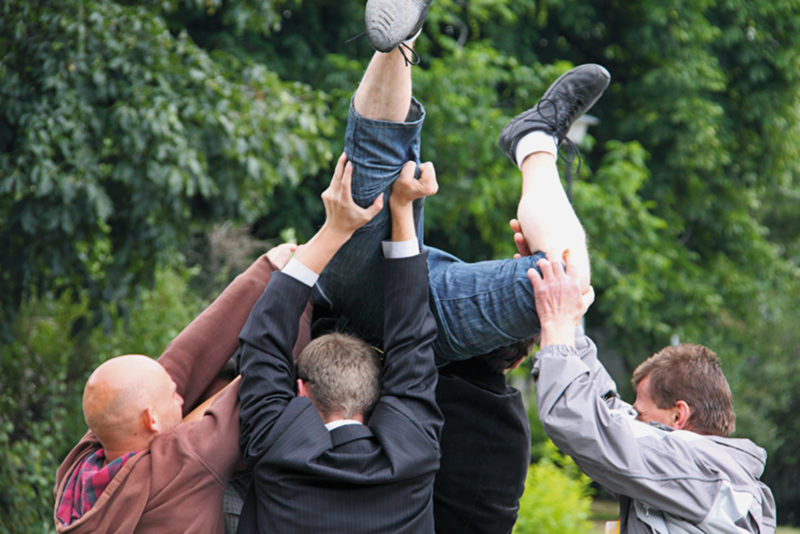