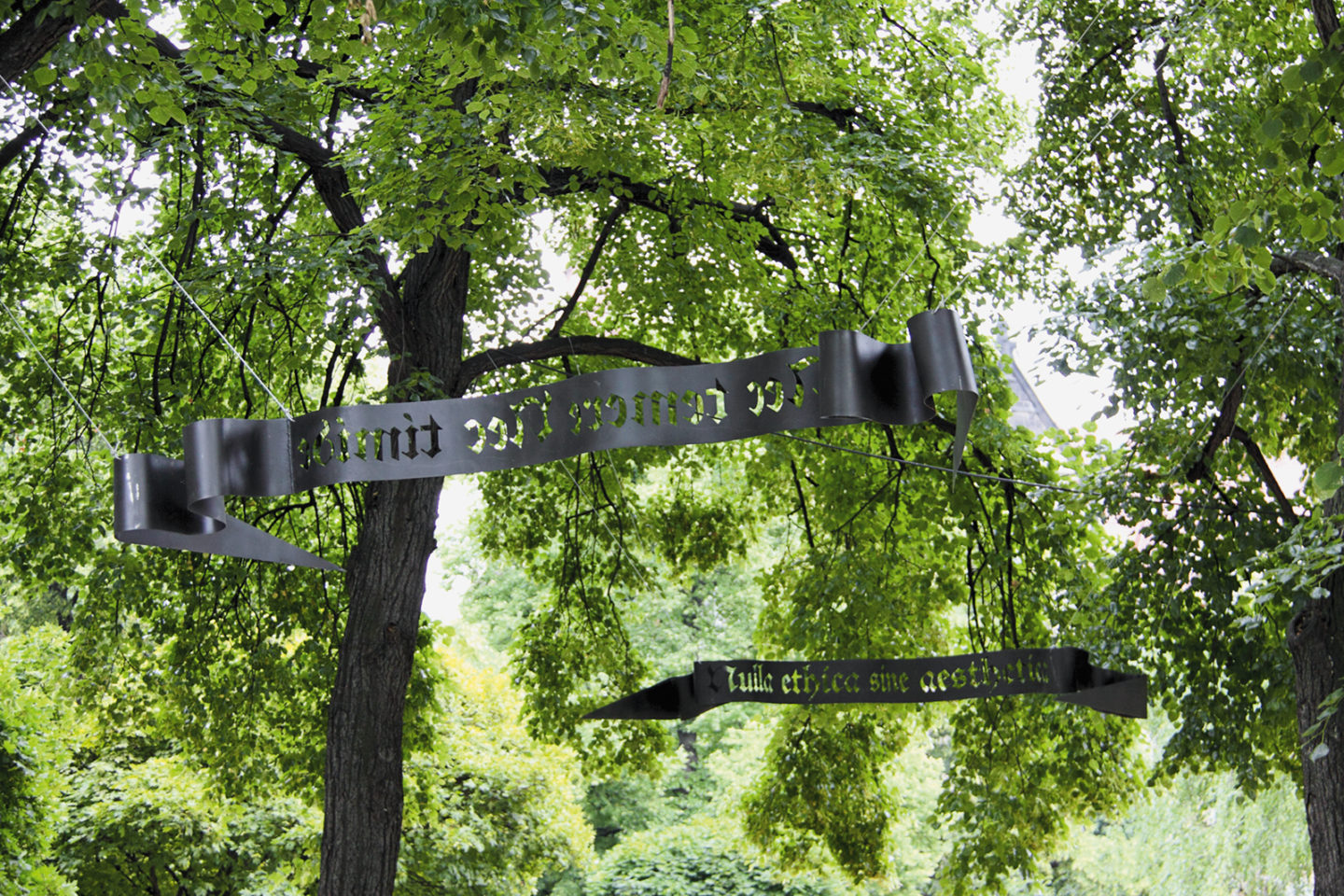 The artist from Gdańsk presented in Wrocław a realisation which was connected with the cities’ competition for the title of European Culture Capital 2016. By the time the work was shown, the result of the competition had already been known – but it did not influence its message. Dorota Nieznalska, by presenting two quite sizeable metal heraldic ribbons which pointed at one another with sharp, dagger-like endings, directed our attention to the artificiality of such rivalry. The ribbons had Latin inscriptions which are both cities’ mottos: Nulla ethica sine aesthetica, which means ‘There is no good without beauty’ (Wrocław), and Nec temere, nec timide, which may be translated as ‘Neither rashly nor timidly’ (Gdańsk). These solemn sentences were floating above passers’-by heads, suspended among tree branches. The background for this work about the connections between politics and art was the nearby St. Michael’s church. This additional context could provide field for further, more complex interpretations, which might refer to frequent instances of using art and its creations for gaining political capital. 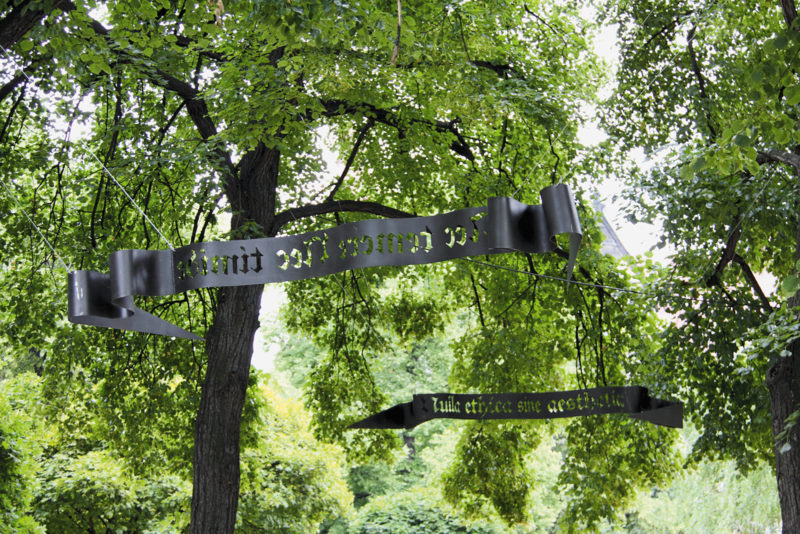 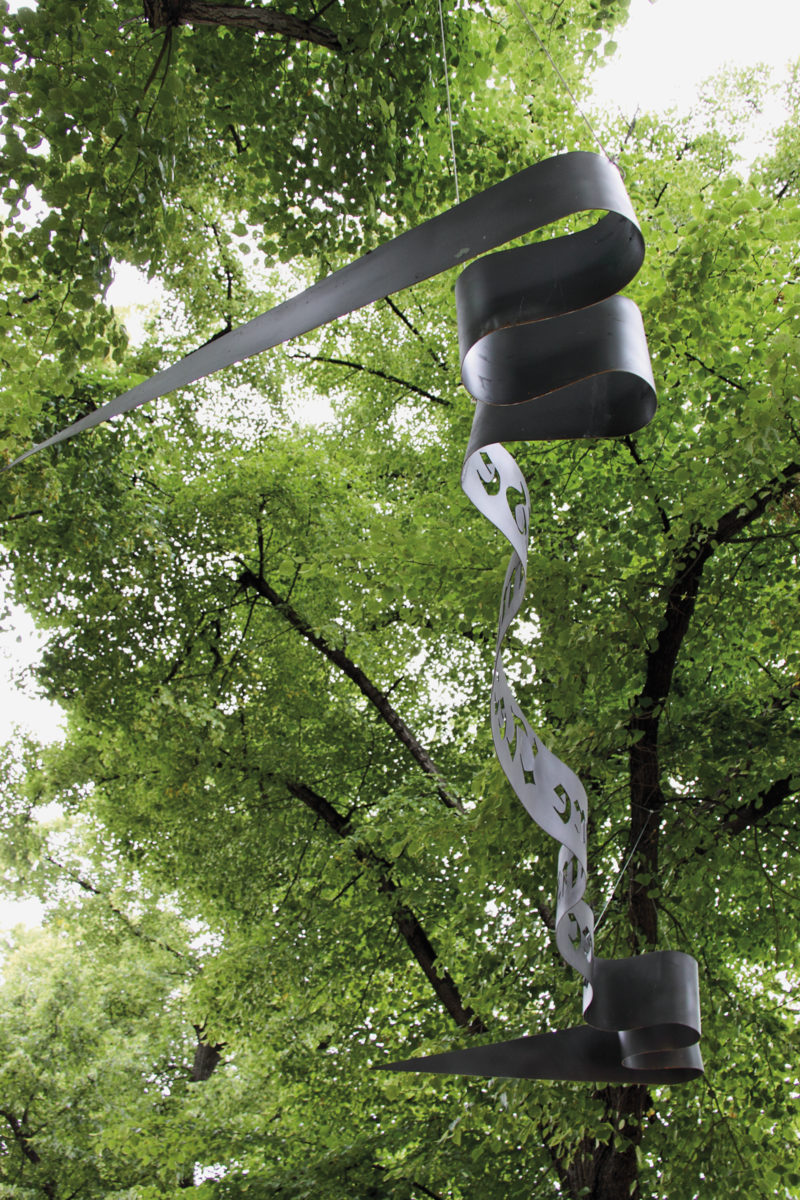