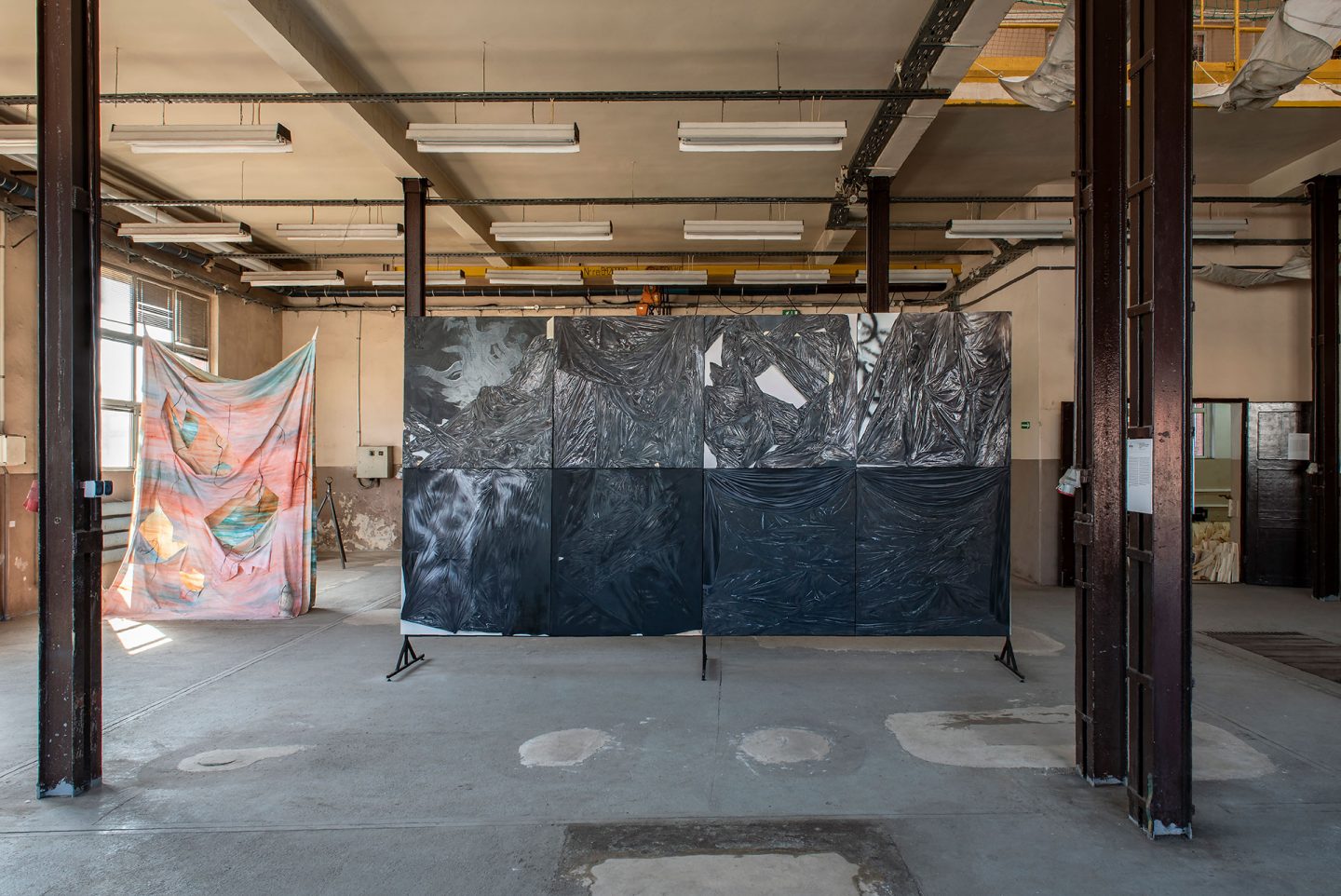 Martyna Borowiecka’s paintings are often kept in the convention of illusionism. Drawing on the classic technique of trompe l’œil, the concept behind her paintings is often based on the interpenetration of the depicted space with the viewer’s reality, so that the painted objects and matter seem to go beyond the canvas. This coherent idea stems from the illusion of being surrounded by the painted objects, or even being able to move around them. In her monumental work titled I See Crackles, I Feel Movement. Pre-plan, Martyna Borowiecka analyses the properties of black stretch film. She uses this banal material in such a way that it becomes a sensually appealing matter. This approach, drawing on the Baroque aesthetics of vanitas, is indicative of our times, raising questions about the environmental impact of the ubiquitous (sea of) plastic. 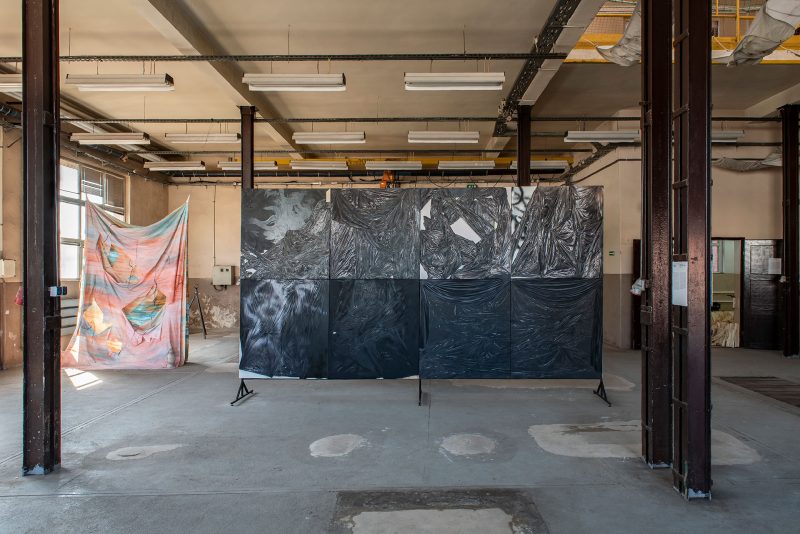 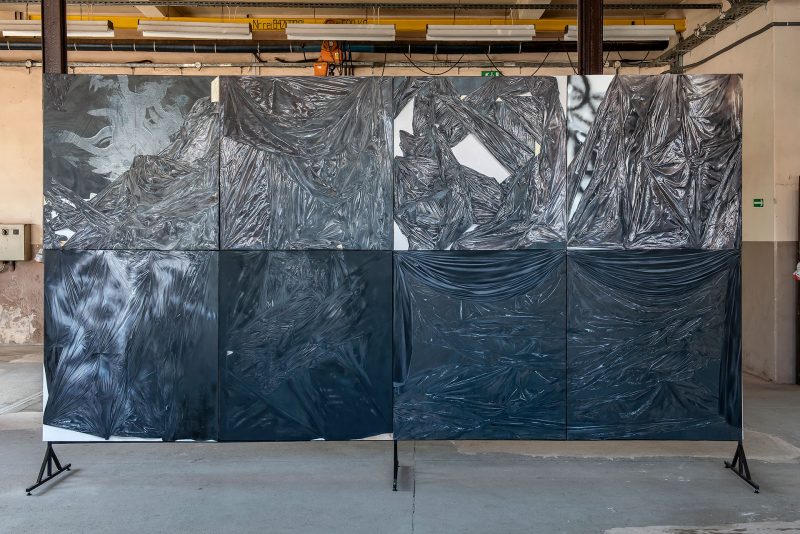 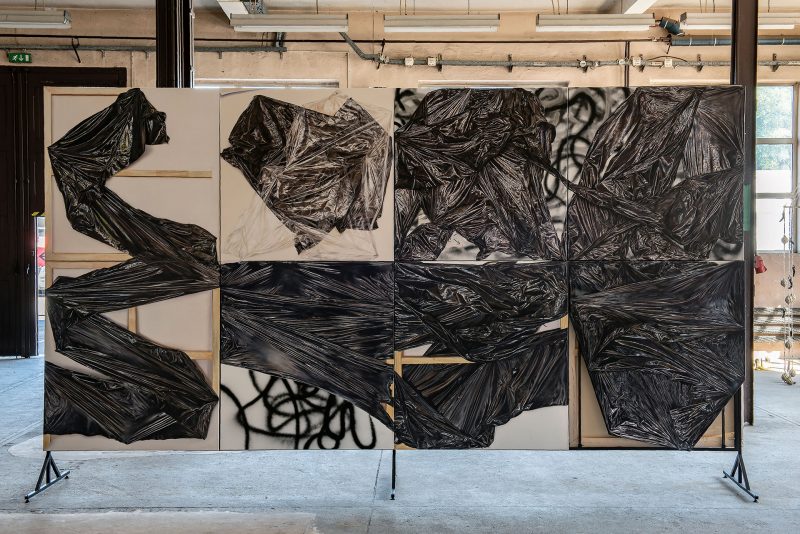 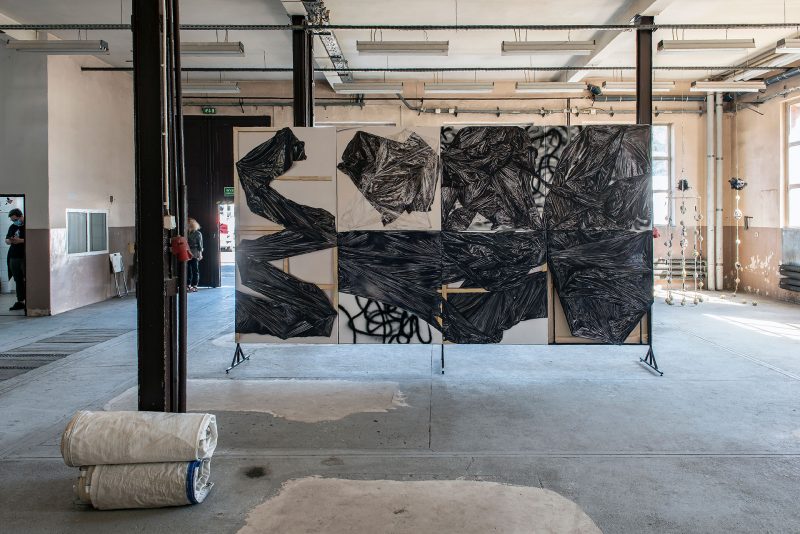 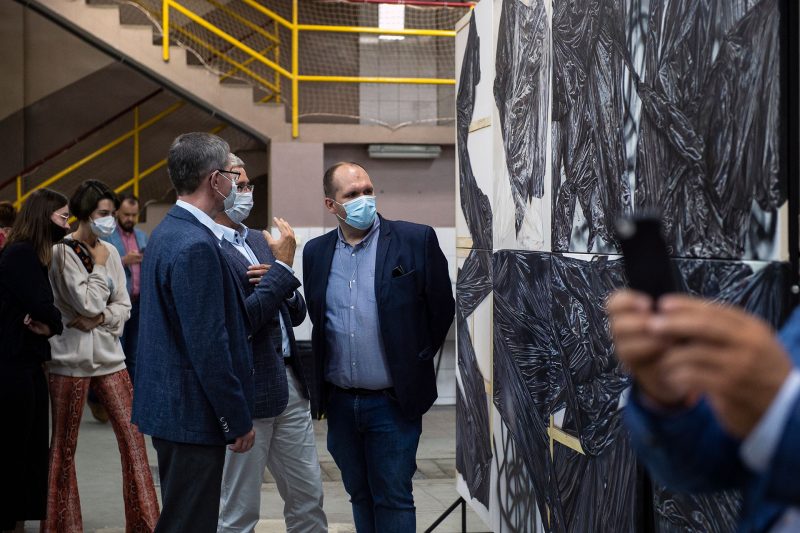 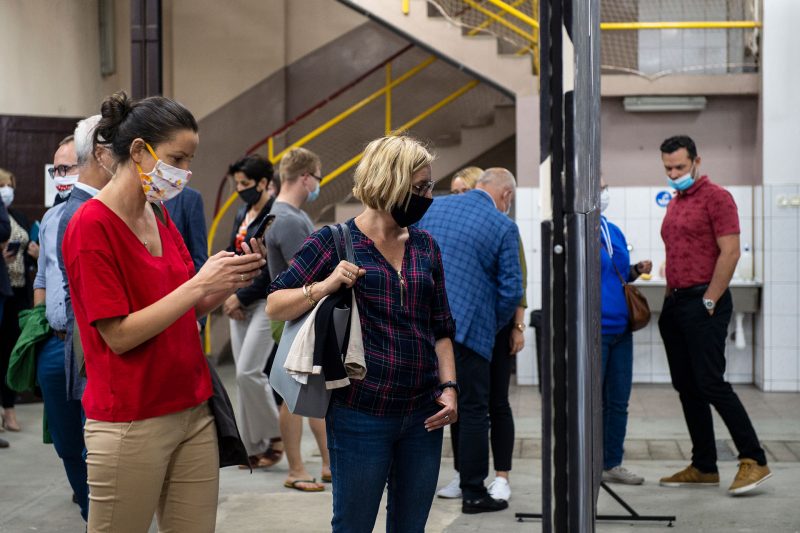 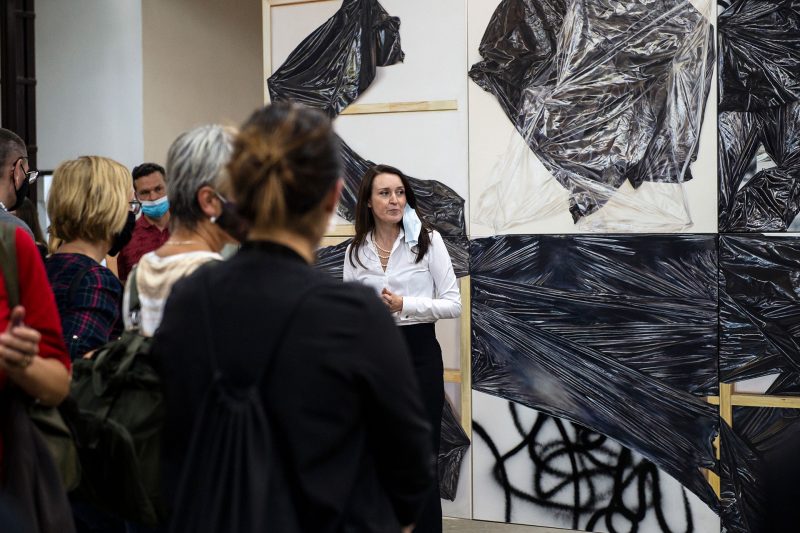 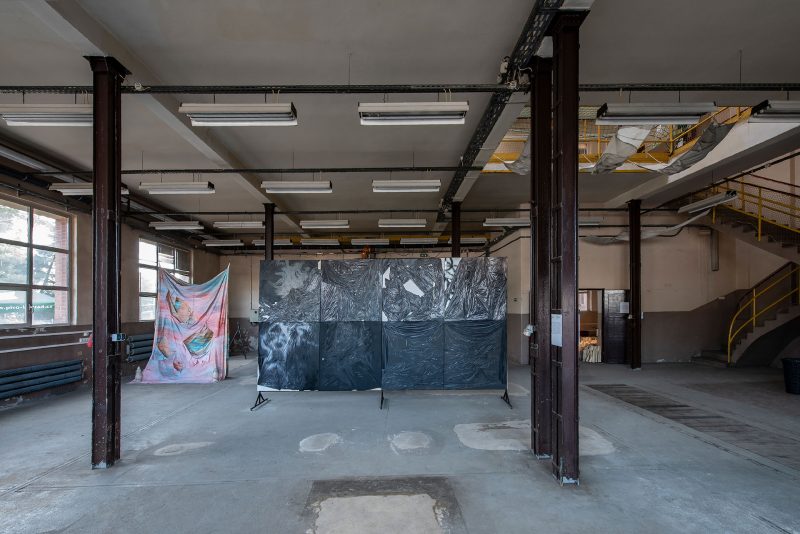