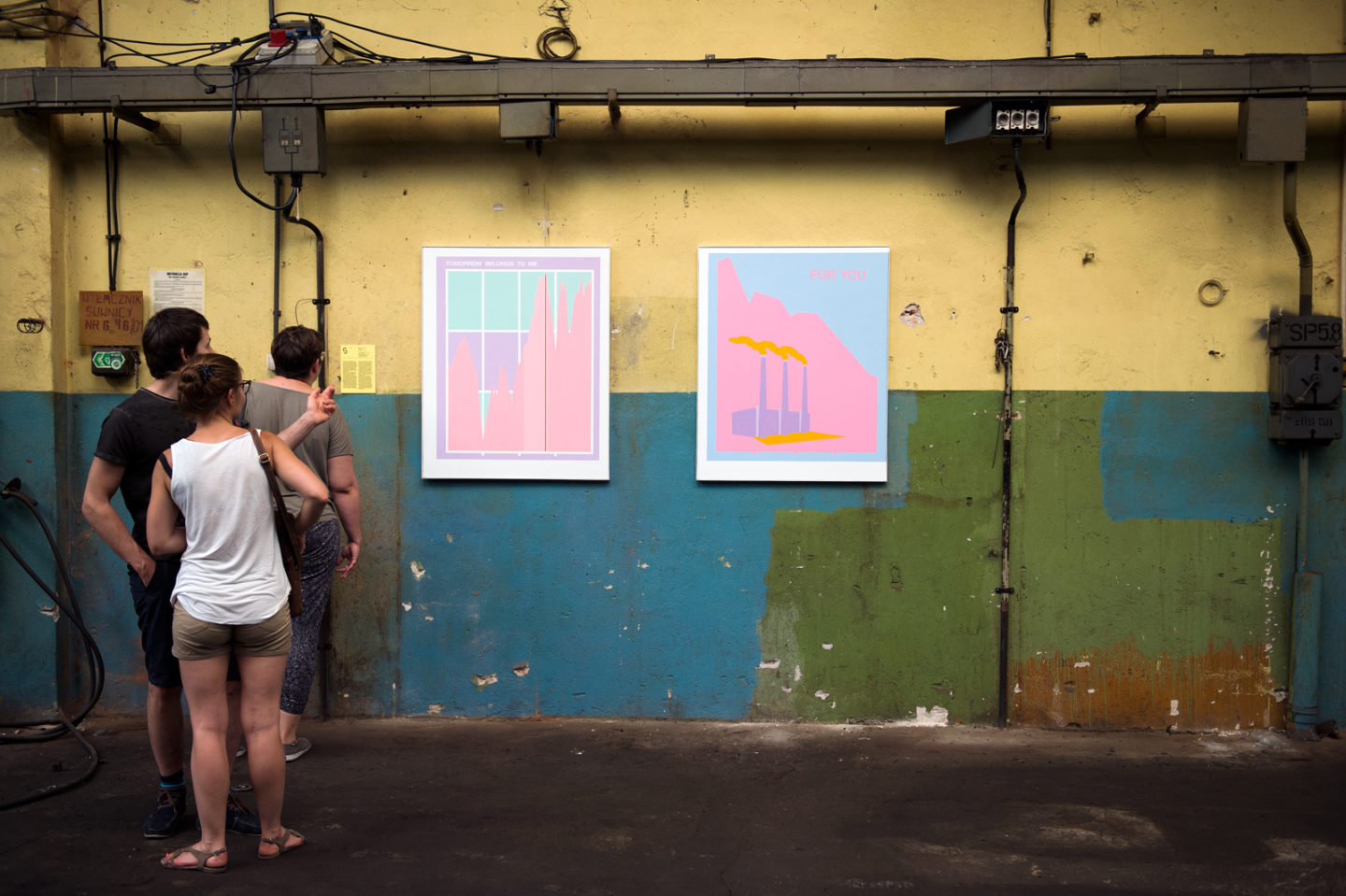 Tomorrow belongs to me

The birth of mass production at the turn of the twentieth century was accompanied by new forms of work organisation. One of the essential elements of that process was the visual information: slogans, murals, boards and posters, which, depending on the economic and political situation, were supposed to motivate workers to increase productivity, especially in periods of ideological transformations and threat of war.
The modern worker often only controls the work of “intelligent” machines and devices, and visual motivational forms have lost their purpose.
Both the form of the For You project and the place of its presentation triggers memories of the recently bygone era. Although the paintings were made years ago, they have lost nothing of their topicality, becoming a “by-product” of the meeting of the worlds of work and economy. The form of the composition, quotes and slogans were taken from commercials and reports of big industrial corporations. The paintings were made entirely with industrial lacquers used to paint machines and factory hall equipment. 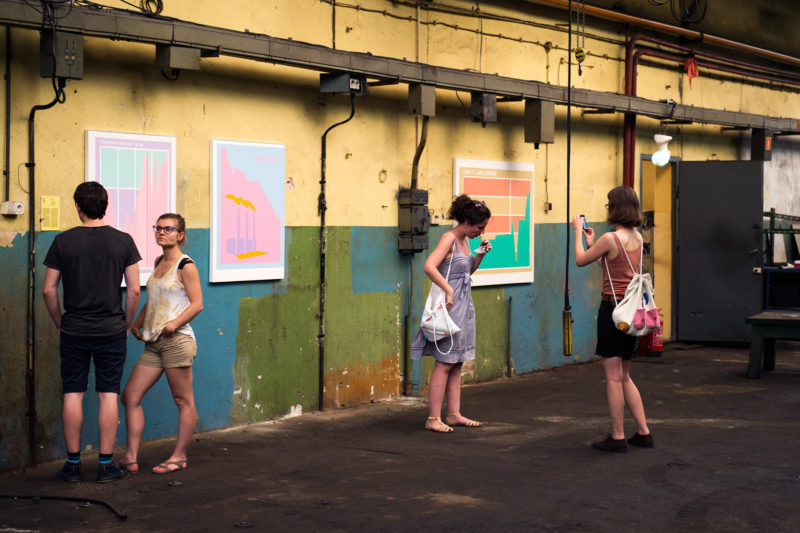 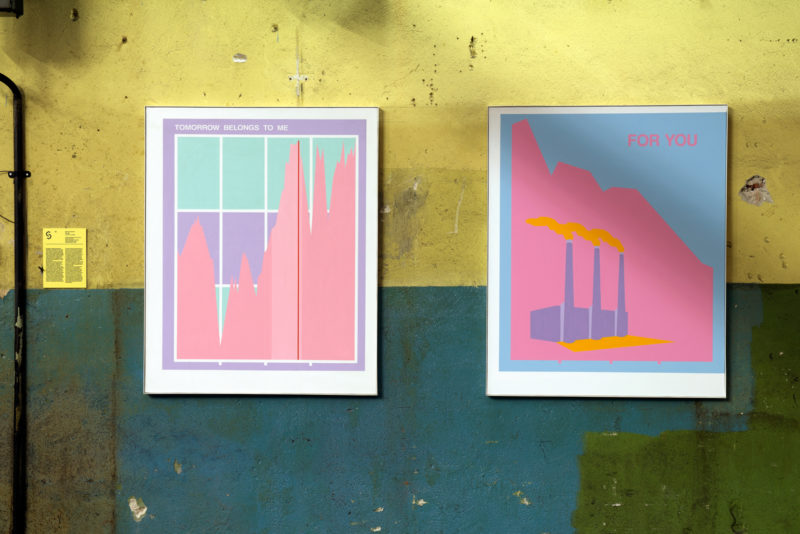 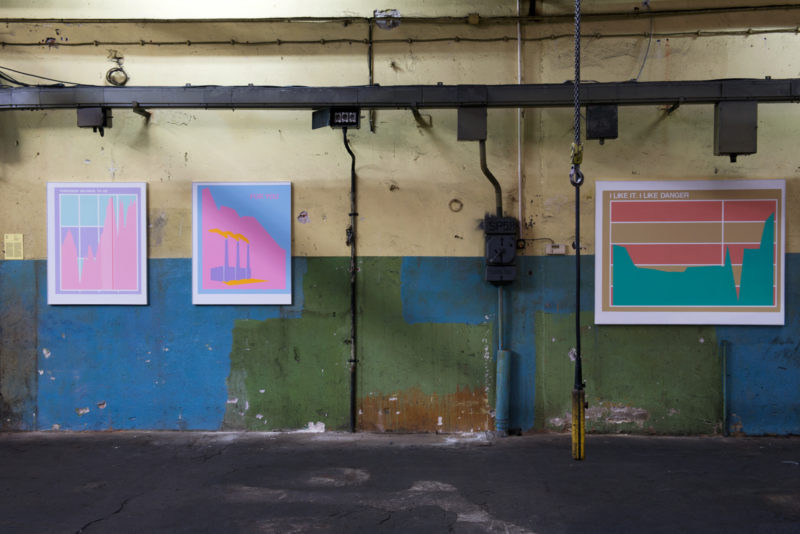 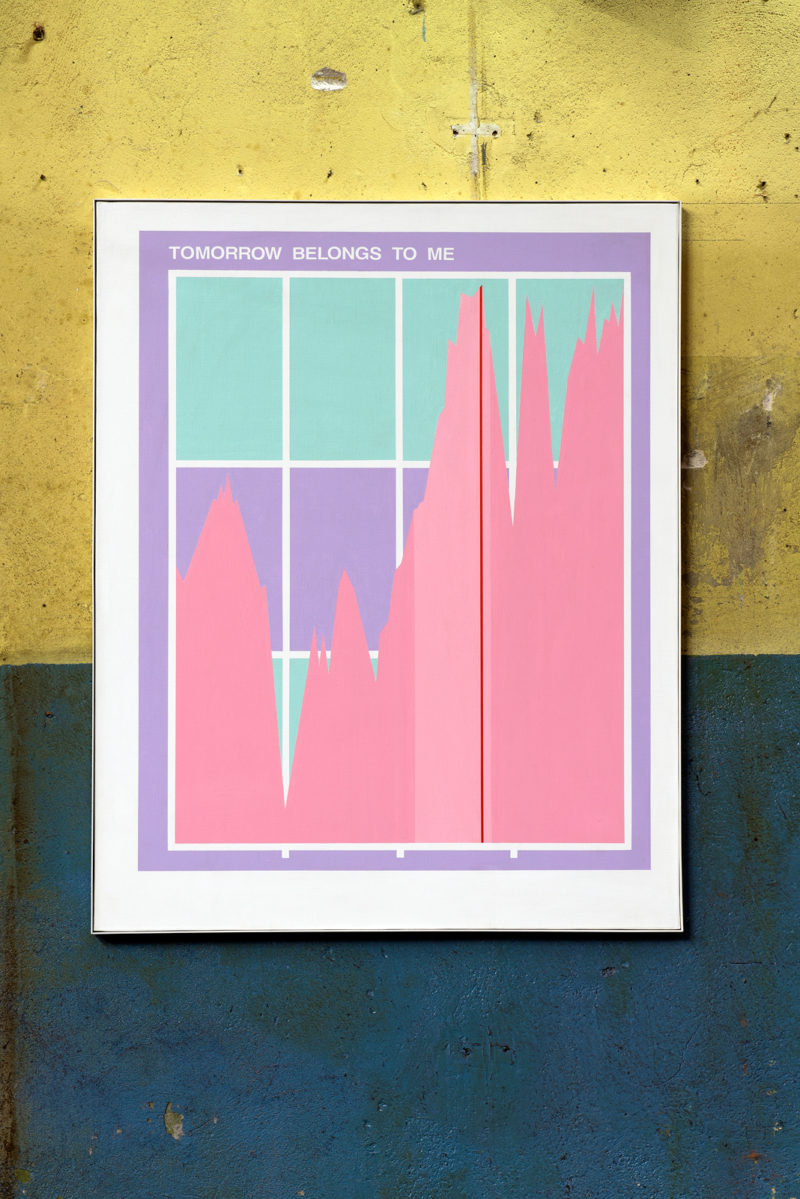 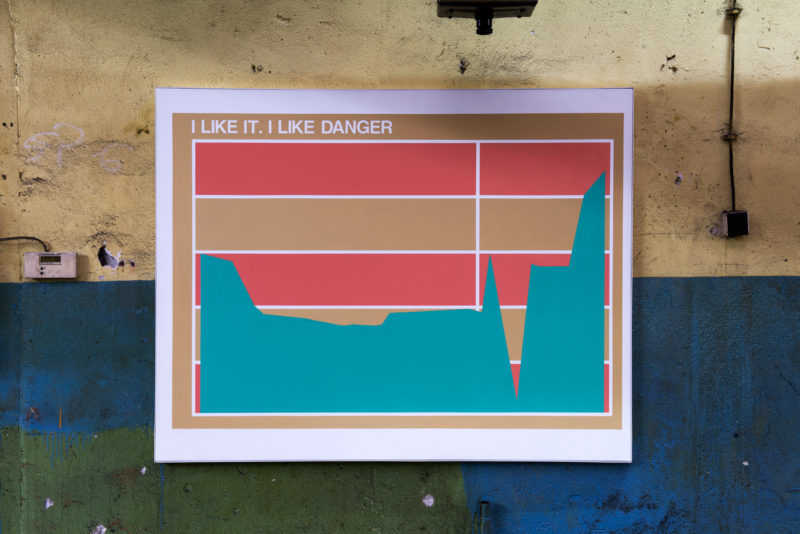