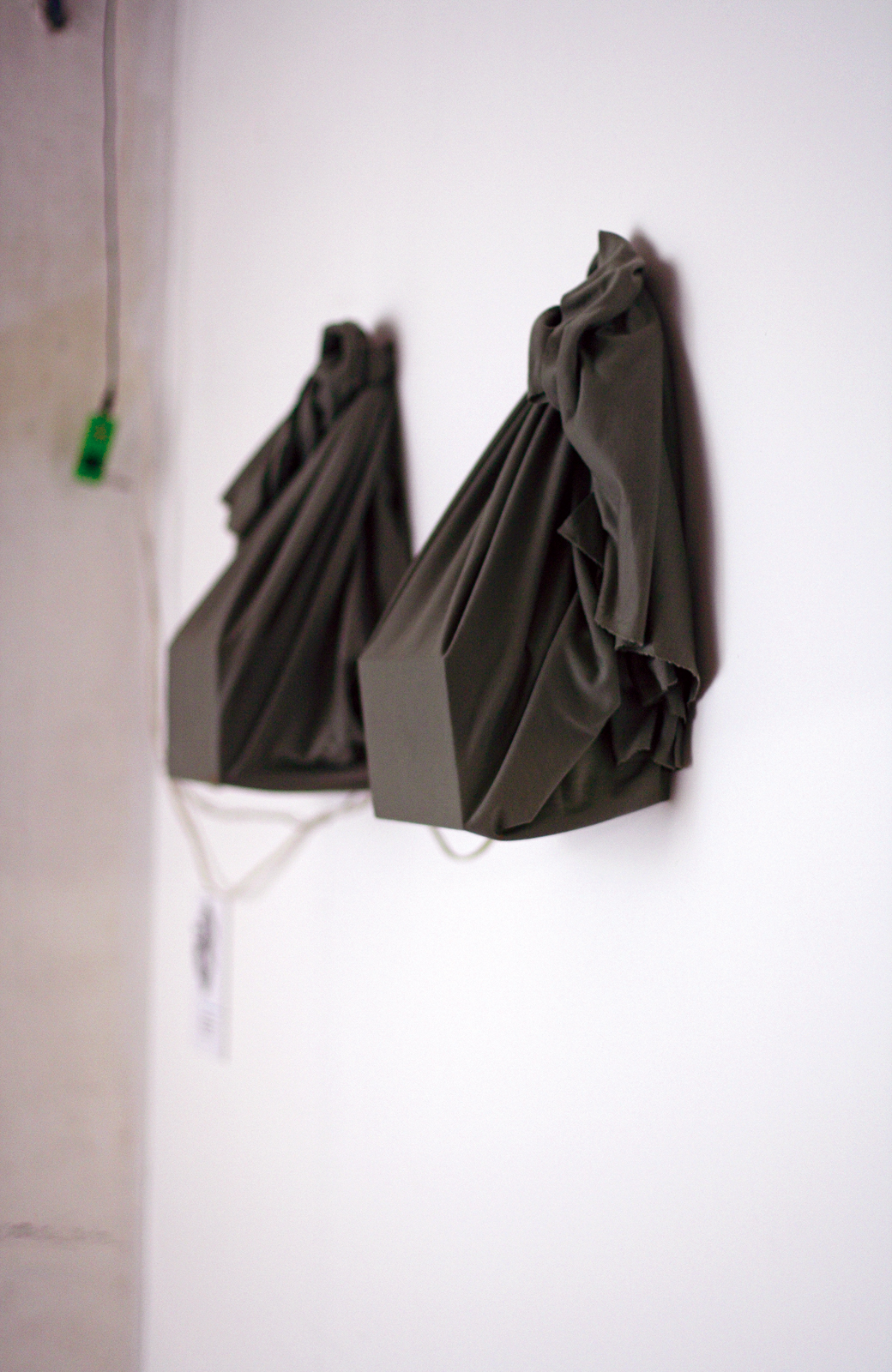 Andrzej Sobiepan’s sound installation was a sort of joke which welcomed the visitors to the review. Two identical canvas bags hung on the wall opposite the entrance to the bunker produced continuously an intensified sound of conversation – a murmur generated by those who frequent vernissages. The work gained in meaning especially when the bunker was not crowded. The sound coming out of the bags – presented on the wall as if they were traditional works of art – opened the exhibition, guaranteed the right atmosphere and predicted a success in terms of the number of visitors.