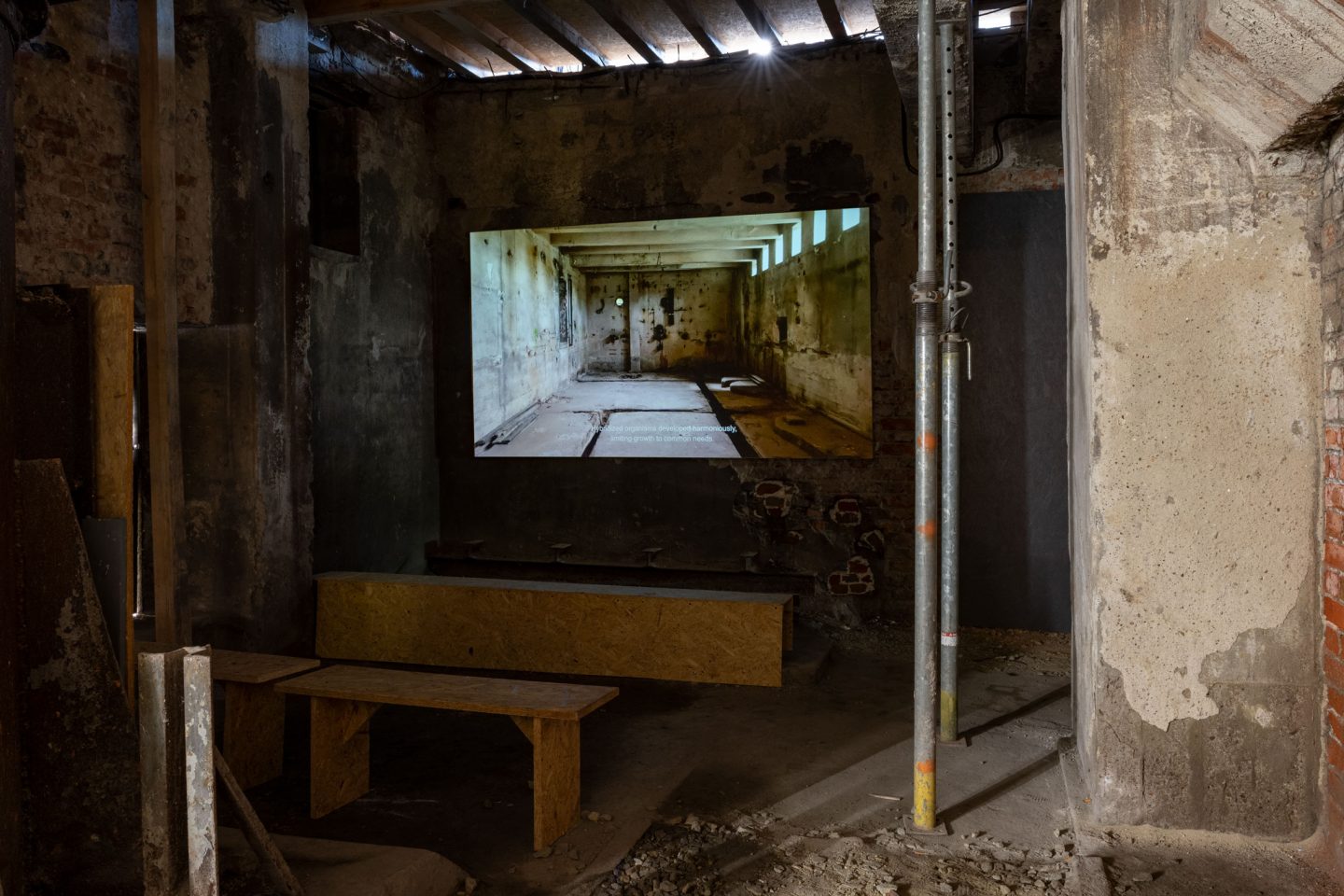 A video work recorded in the space of the PAFAWAG factory, in response to the motto You Ain’t Going Nowhere. The script is based on an actual series of experiments carried out by John B. Calhoun in the 1950s, which resulted in the coining of the term “behavioral sink” (as well as “rat utopia). The ethologist studied the behaviour of a population of rats confined to a small space, but with access to all the necessities of life. The experiments led to the following conclusions: in the final stages, the rodents lost their ability to reproduce, focusing instead on consumption and caring for themselves, which led to the complete extinction of the population. Calhoun stated that the human population would act analogously. Although the experiments involved mice and rats, Calhoun’s approach can be considered extremely anthropocentric and humanistic. In The Paradise Experiment, the artists focus on how a multi-species population transforms not in a place, but with a place in which it is located. The artists envision an alternative version of the experiment, one in which the extinction of a single-species population is replaced by the common transformation of a mixed-species population. By indulging in artistic speculation in which fictional research negates the evolutionist and Darwinist perspective, they propose a utopia set in a lifeless space. The images of the empty space seem to question the vision of the symbiotic outcome of the experiment, suggesting that only the inanimate will ultimately survive.