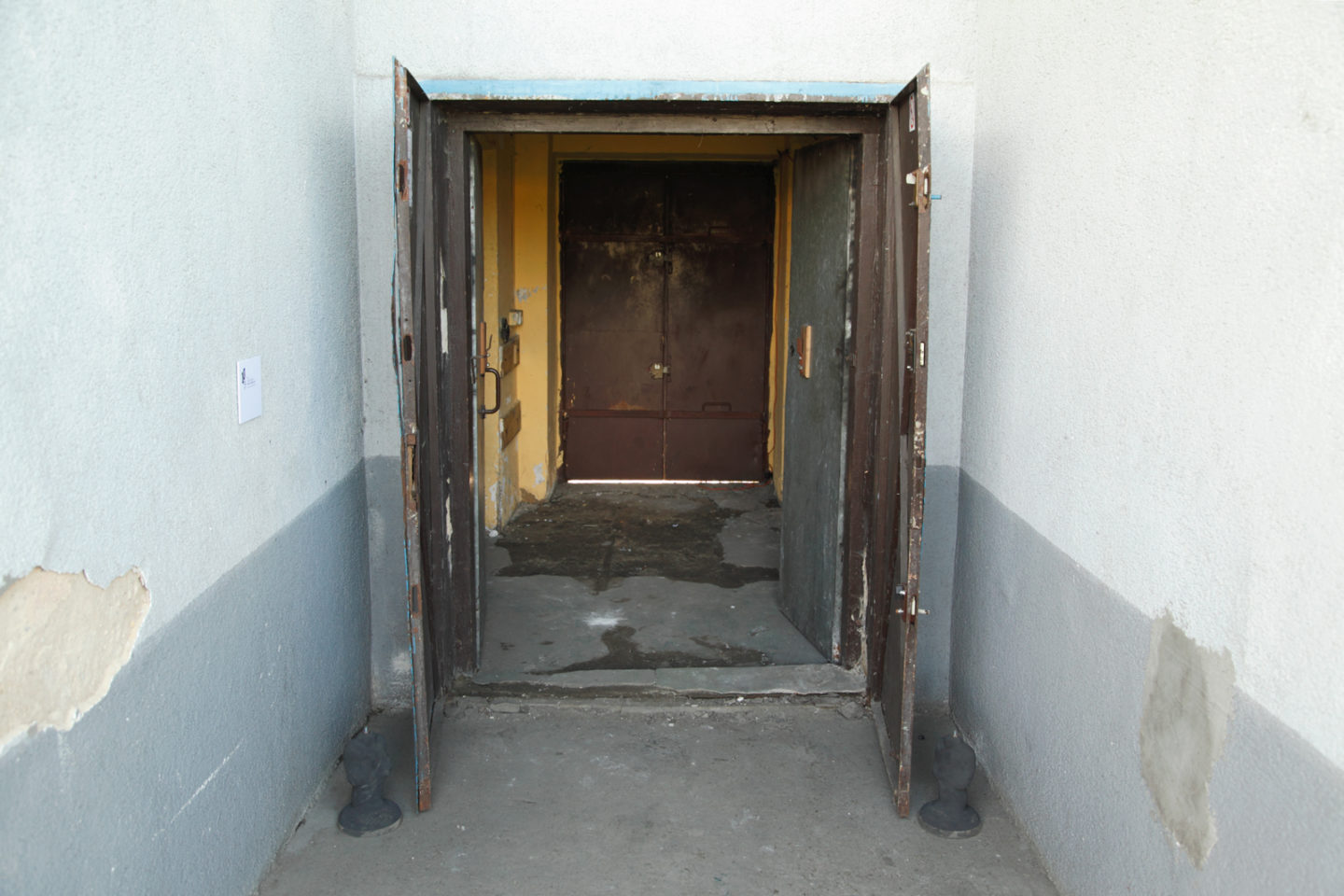 Tomasz Skórka’s work was small, almost unnoticeable. It consisted of two door stops installed next to the metal doors leading inside the stadium stands. The objects, made from black rubber, resembled strongmen or bodybuilders. They were placed in such a way that they accepted the blows dealt by the doors, sometimes opened impetuously, with their faces, which constituted a humorous commentary about football fans’ environments, who create and sustain their identity through violence, which they are constantly inflicting and suffering. 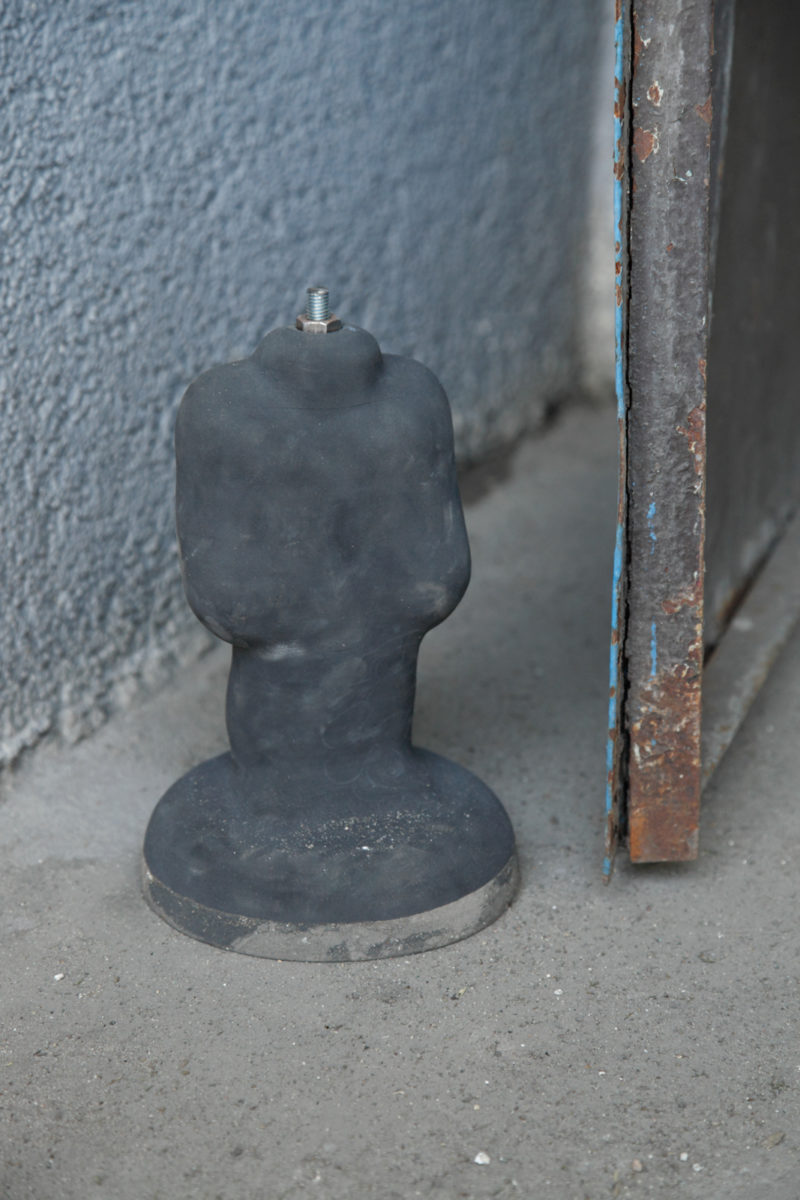 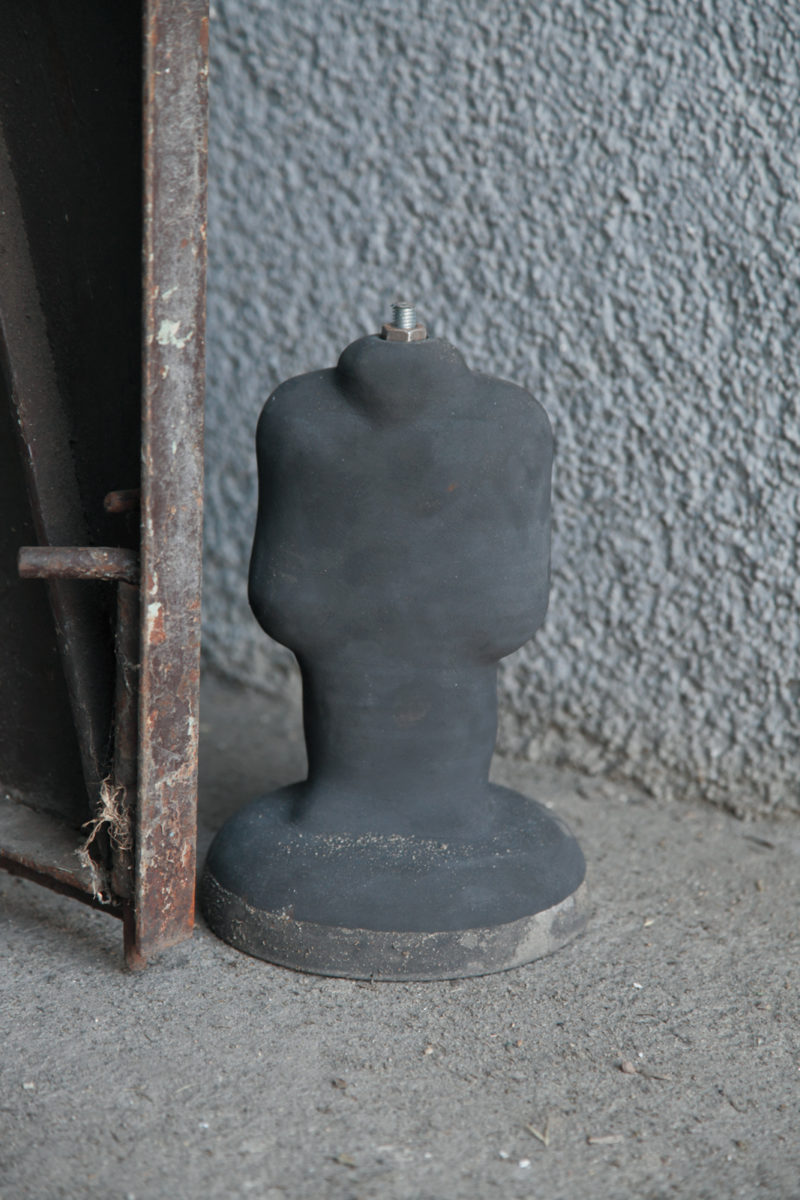