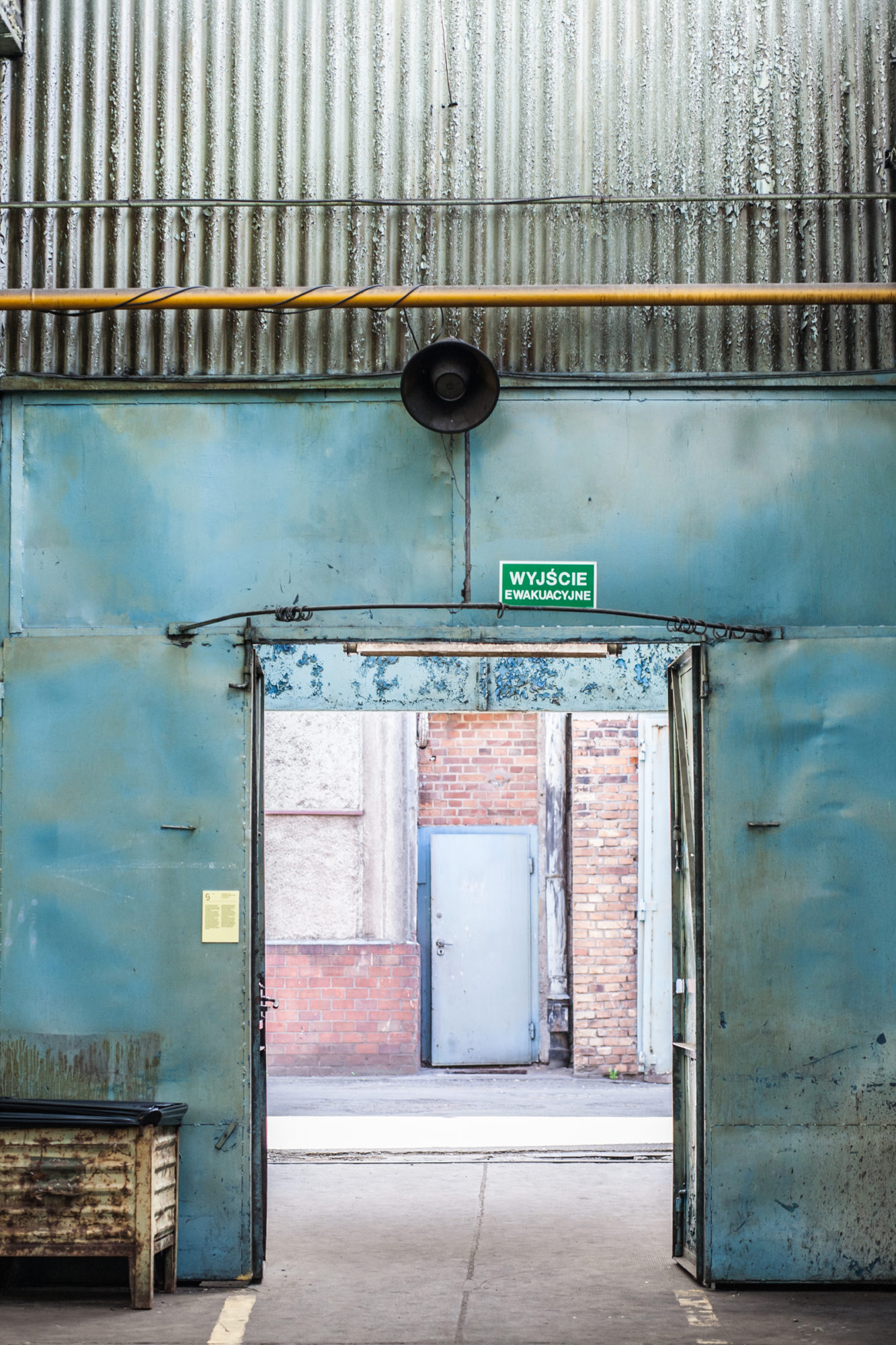 Natalia Wiśniewska’s work consists of a prepared sound message: Silence, please. Thank you, given in six languages: Polish, Russian, Spanish, German, French and English.
The artist was inspired by a real announcement she encountered in the Pantheon in Rome. The announcement was played when noise reached a certain level. Paradoxically, this sound caused a lot of commotion and increased the noise.
The functioning part of the Lathing Machines Factory requires both its everyday users (workers) and visitors to the Review to behave in certain ways. Everybody must adapt to the existing conditions and follow safety regulations. Thus Natalia Wiśniewska’s intervention, her announcement-request to remain silent, naturally relates to the existing context. 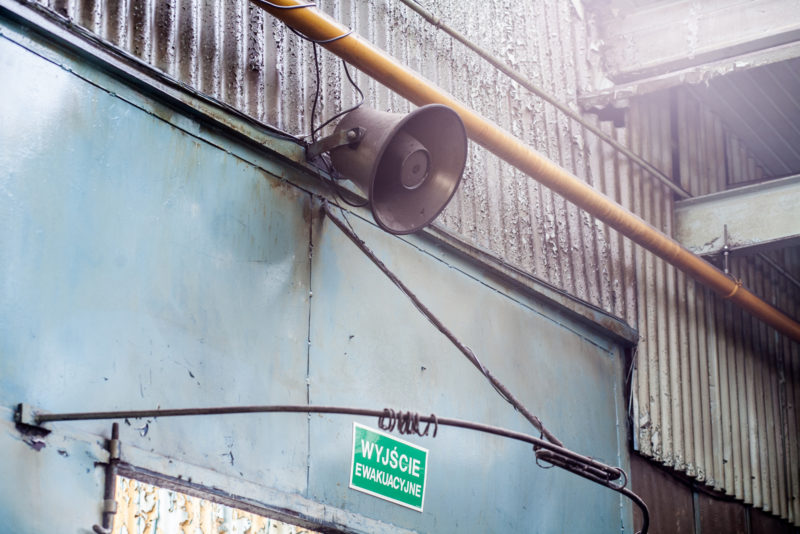