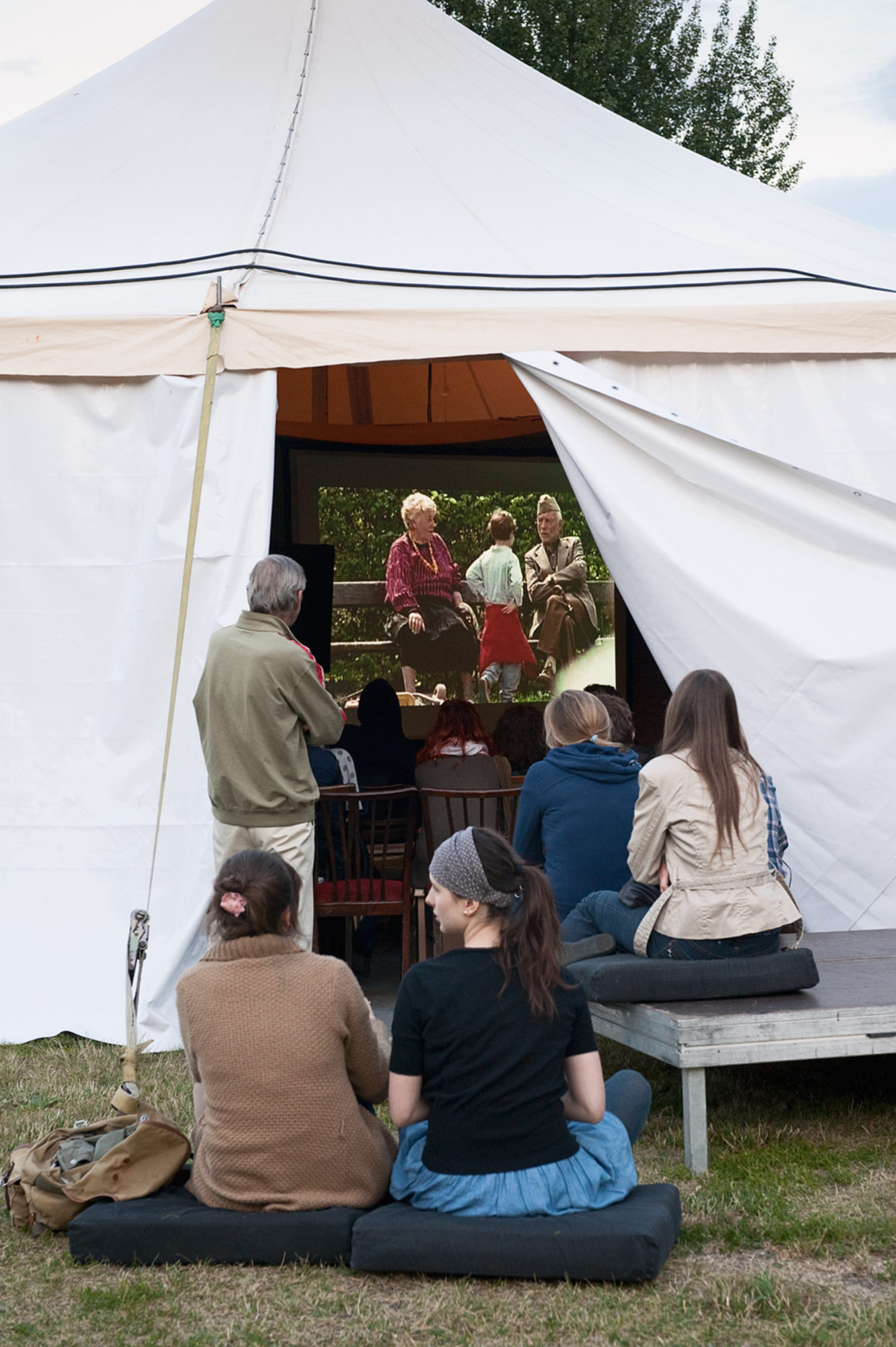 Video screening as part of Film Stage in the Festival Club.

Blades of grass and small leaves were dancing on the screen in time to the music. It was a kind of waltz – elegant and fleeting. The viewer could get the impression that Grzegorz Łoznikow’s video was an aesthetic, familiar tale about passing; it was due to the fact that the green forms – the characters of this dancing short film – were shrinking and eventually disappeared, bringing to mind the effect of fast forwarding the image, which is sometimes used in nature films to show long-lasting processes in a few moments. As a matter of fact, it was a work about deception, which deceived the viewer on purpose. The floral forms which were swinging gracefully on the screen were, in fact, pieces of rubbish (for instance, fragments of plastic bottles) dug in clay surface. Subject to high temperature, they seemed to be ‘dancing’ gracefully.