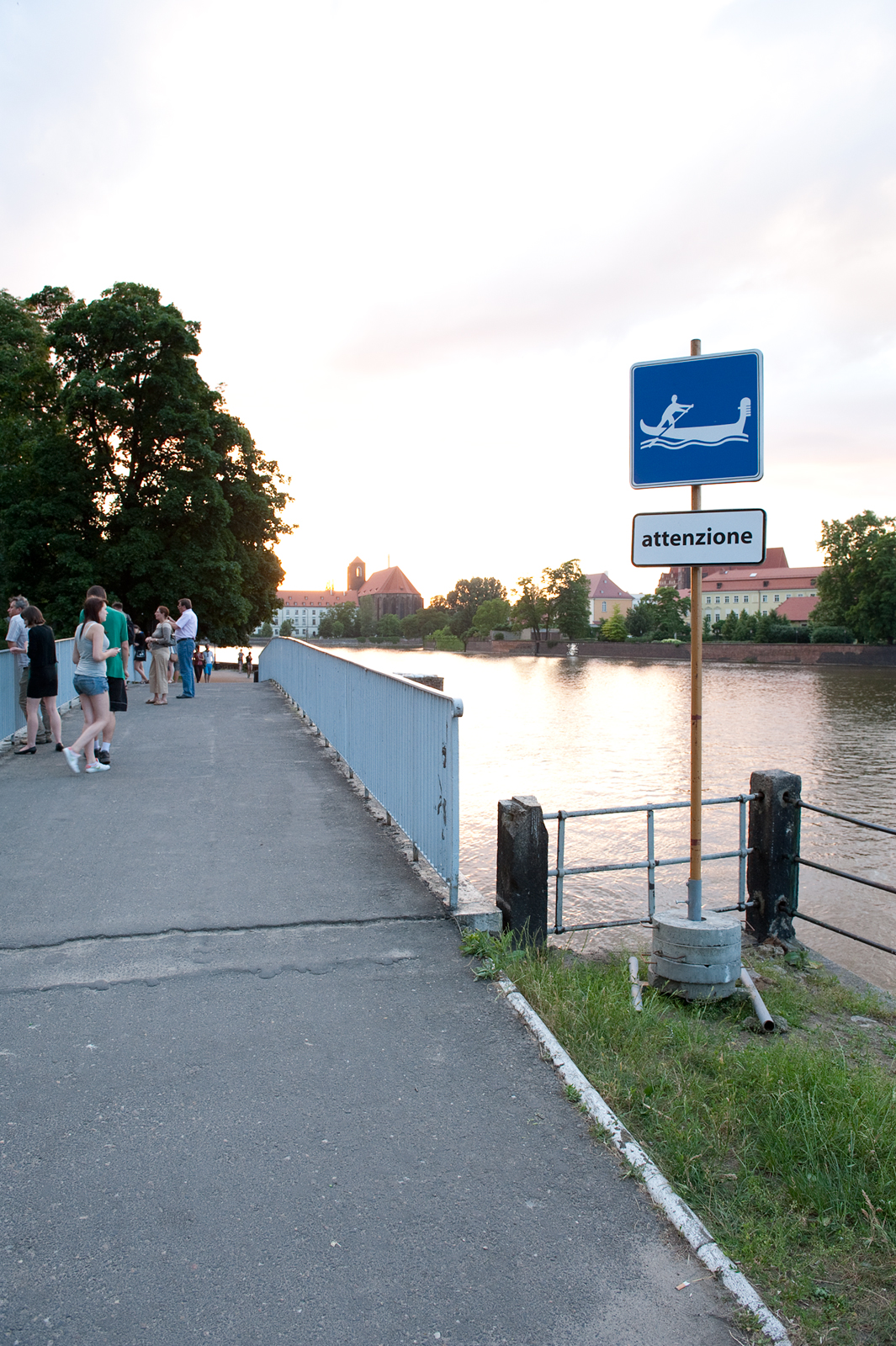 Wrocław is largely formed by the numerous canals and branches of the Oder that cross it. At present, there are as many as 117 bridges and footbridges in the city. For that reason, the capital of Lower Silesia is sometimes (rather exaggeratedly) called Venice of the North. Paweł Marcinek made a mocking reference to this nickname by placing an infosign near the Gondola Bay, with the inscription ‘Attenzione’ and the image of a Venice gondola. The work wittily commented on the Polish tendency to hold foreign things in higher esteem, showing our attempts to become the ‘Polish version’ of famous tourist hotspots at all cost. 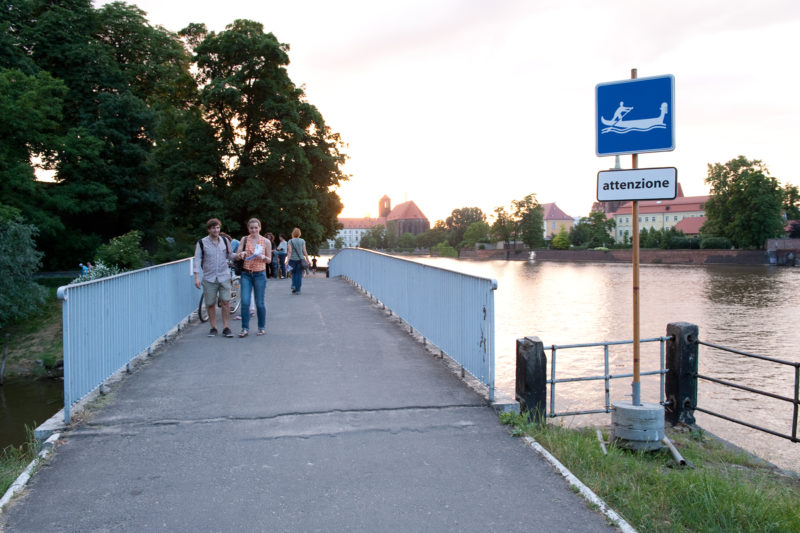 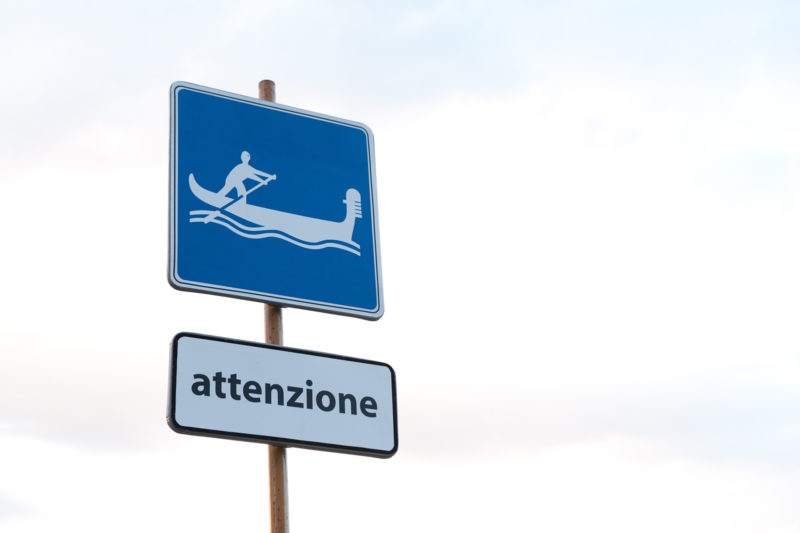