Szymanowska and Maciejowski transformed the organic chemistry practice room into a total installation titled Water. The portentous slow dripping of a thick dark substance from rows of taps was accompanied by the amplified sound of the dripping liquid, which further added to the feeling of danger. The substance slowly filled the sinks and solidified; as SURVIVAL progressed, it started to resemble strange casts, which seemed capable of covering the whole space with a tenebrous coat. The work conjured a post-apocalyptic vision of a world devoid of clean water. The artists made a reference to a variety of threats that could turn this life-giving liquid into a poison: from bioterrorism and environmental pollution to climate wars and natural disasters. In thus outlined picture of a defeated civilization, presence seemed to disappear and let the past destroy the future. The old-fashioned chemical laboratory emerged as both the reason and the effect of poisoning, the beginning and ending of destruction. 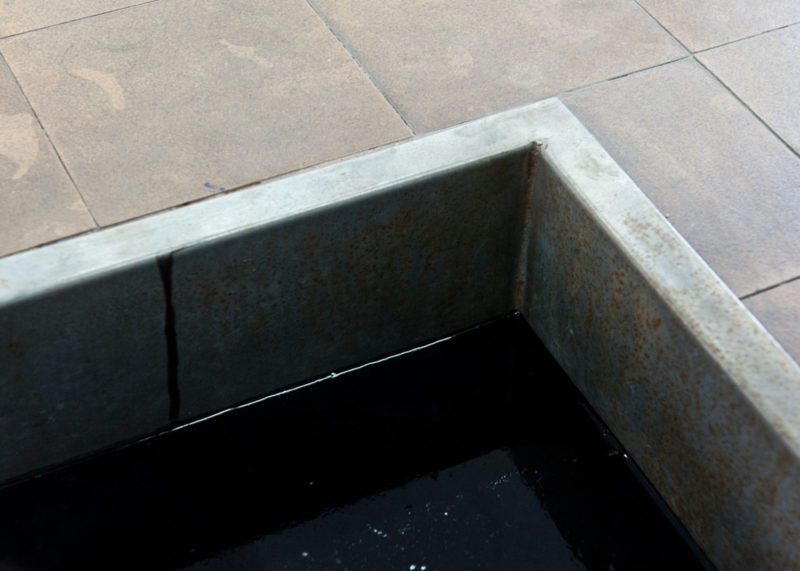 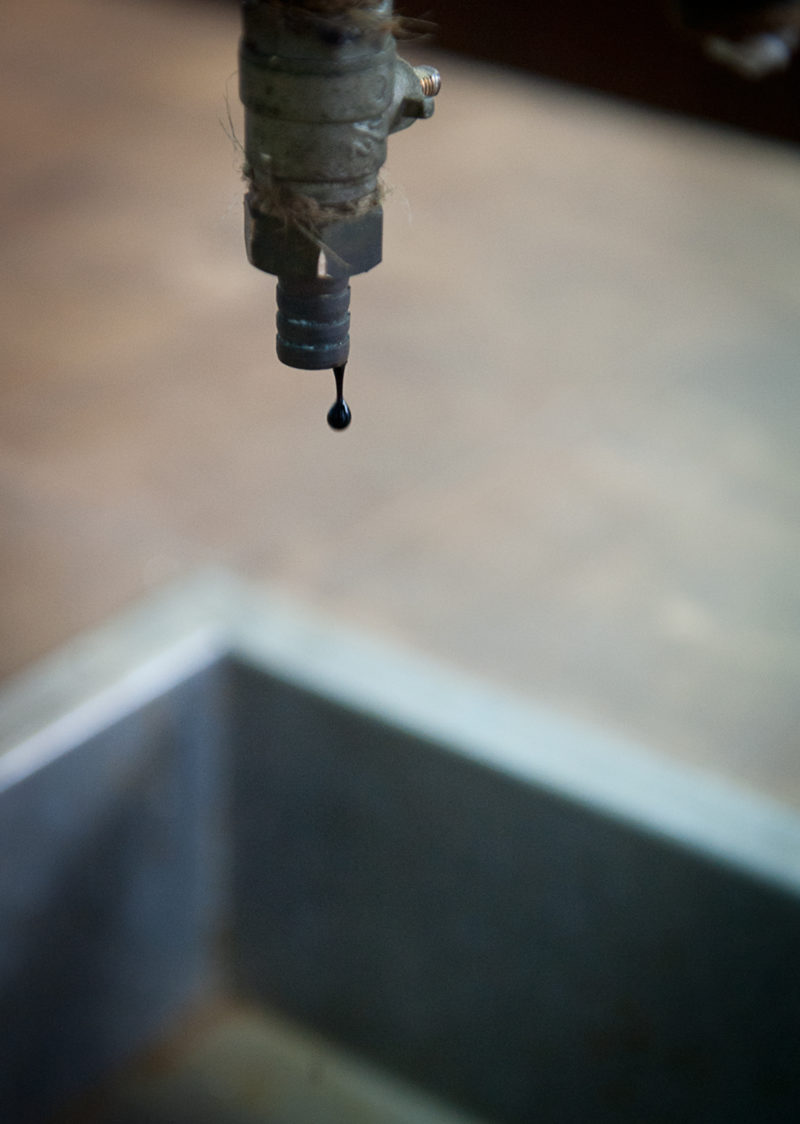 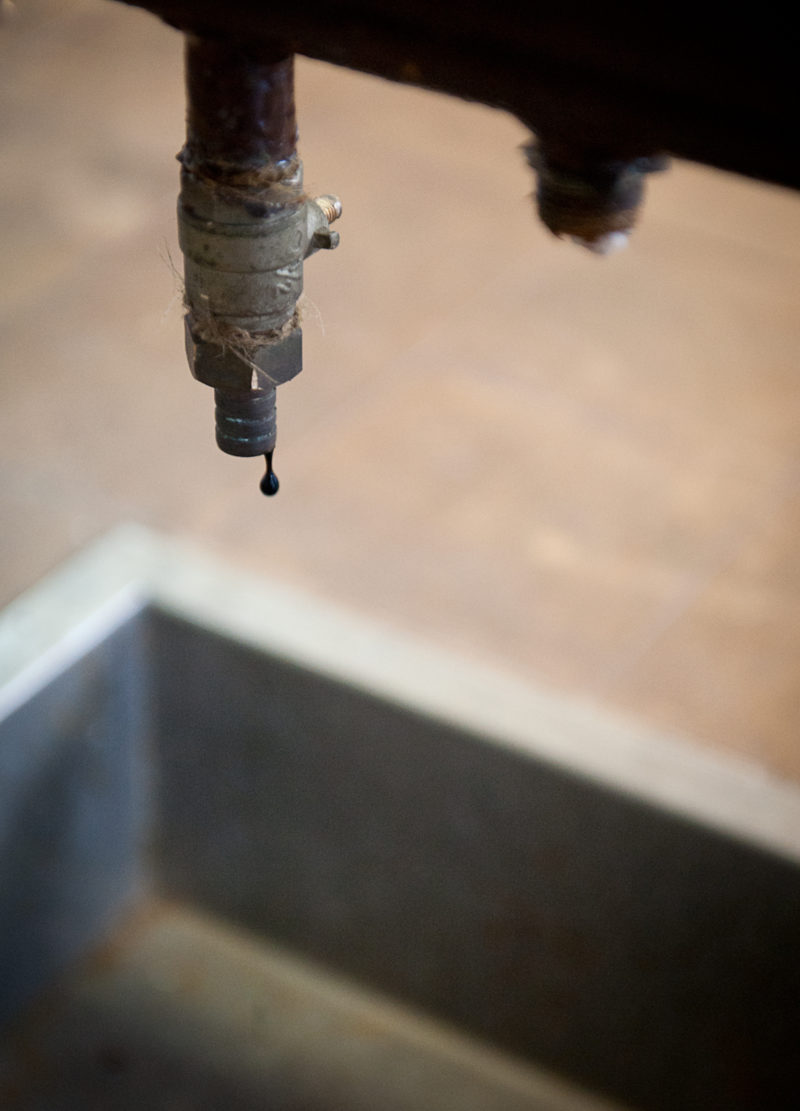 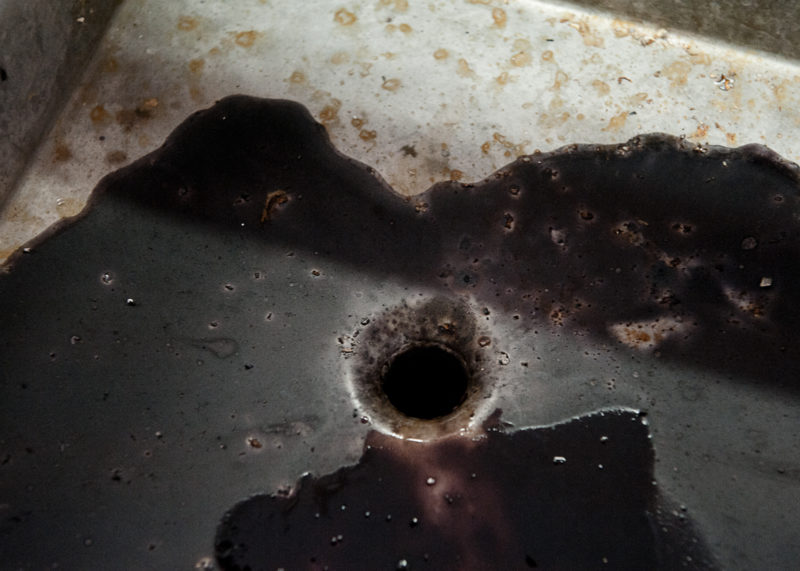 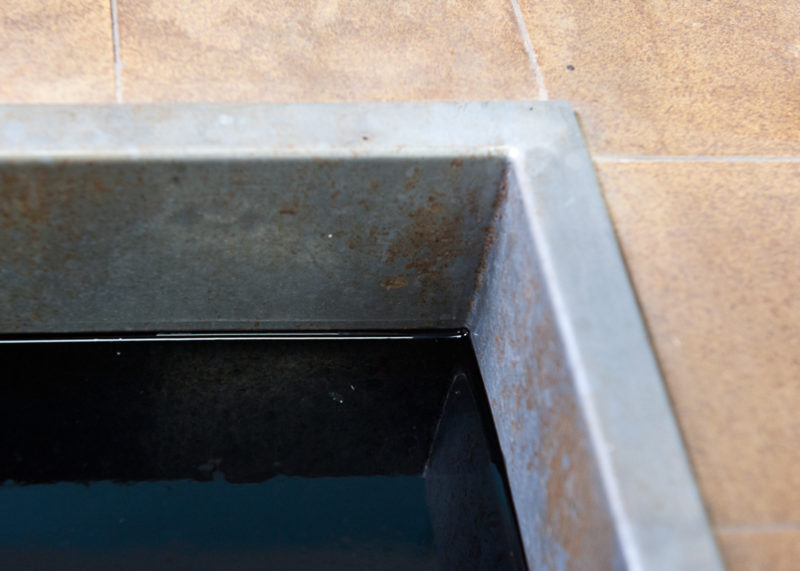