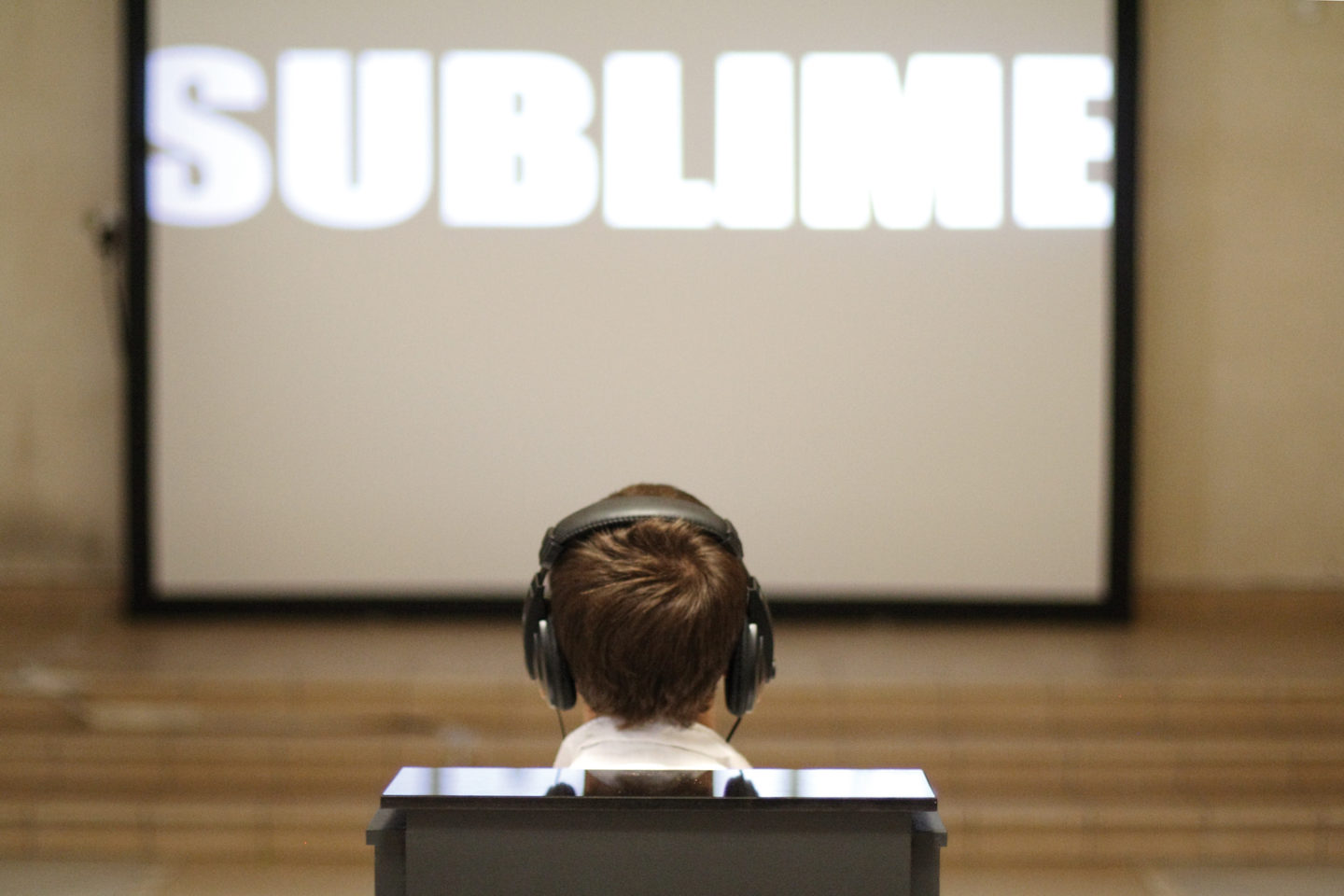 During SURVIVAL 6 the here and now of the Four Temples District in Wrocław overlapped with its past. The works of Karolina Freino (‘Listen It’s For You’) and Monika Drożyńska (‘The Sign’) referred directly to a tragic event from ages ago – an explosion of a gunpowder depot situated at Pawła Włodkowica 6. The projects of Ivo Nikić and the Pavilion of Stable Form made the White Stork Synagogue available to the inhabitants of Wrocław. Kamil Kuskowski’s work from the series ‘Antisemitism Denied’ revealed the continuous existence of carefully denied and hidden under fresh paint traces (only traces?) of inveterate divisions and exclusions. In her video project ‘Unread’, Maja Wolińska referred, in turn – it is just one of possible interpretations – to dramatic experiences of the World War II generation and the first repatriation.

From Rafał Jakubowicz’s ‘Onehundredeightysomething’, a light, humour-tinged work, through the performance of Maria Porzyc (‘Survival’), which invited the audience to participate in the artist’s personal experiences, to Ewelina Ciszewska and Monika Konieczna’s work ‘You Shall Not Covet…’, SURVIVAL 6 was a kind of positively-understood ‘voyerism’, overcoming of the barriers – from architectural to mental and social. Therefore, it has become a form of protest against neglecting, in Wrocław and in other Polish cities, the so-called intersubjective space, where bonds and inter-human understanding are born – as it happens, facades of tenements become more important.

SURVIVAL 2008 revealed an enormous potential of the Four Temples District, which stems from its unique history. It showed that all discussion about the future within its borders should refer to the past, which radiates from every wall. A complex social, cultural, religious, as well as economic structure of this peculiar place calls for something that can be described as a movement against denial. In this context, the history of Hubert Czerepok’s work seems especially interesting. A ribbon of wrought iron with an inscription ‘Not only goodness comes from heaven’ referred, through its form, to inscriptions put above gateways to Nazi concentration camps (especially Auschwitz: ‘Arbeit macht frei’). Because of the rabbi’s intervention, it was removed one day before opening SURVIVAL 6 and, in consequence, came to be considered by media and part of the audience as scandalous. The Greek word ‘skandalon’ means offence or, as René Girard proposed, ‘he who brings offence’ (René Girard, ‘Dialogues on the Origins of Culture’). In this case, it is offence resulting from protest against tabooisation and denial (also against the monopolisation of Shoah by some environments), i.e. offence which is inherent to the laborious process of raising consciousness of denied contents and neutralising the threat in them.Czerepok and Kuskowski, apart from referring to issues which interest them (the ‘theological’ feature in Czerepok’s work, Polish antisemitism in Kuskowski’s), reveal, more or less consciously, the probably biggest taboo: the mechanism of denial itself.

The motto of the approaching Expo 2010 exhibition in faraway Shanghai, probably one of the biggest and fastestgrowing metropolies of the world, will be: ‘Better City, Better Life’. But maybe the motto ‘Better Life, Better City’ would define the direction which should be adopted – not only in Shanghai – more appropriately. Attractive, vibrant and stimulating present of contemporary cities limits cognitive aspirations of their inhabitants, narrows the field of vision dangerously, leading in consequence to repeating the same mistakes. After all, places like the Four Temples District, scattered around the world, are more then just sets of dilapidated, dirty facades which need painting. They are primarily burdensome and denied areas, explosive areas. Their complex and difficult histories are a lesson worth taking before we cover them completely with new paint.