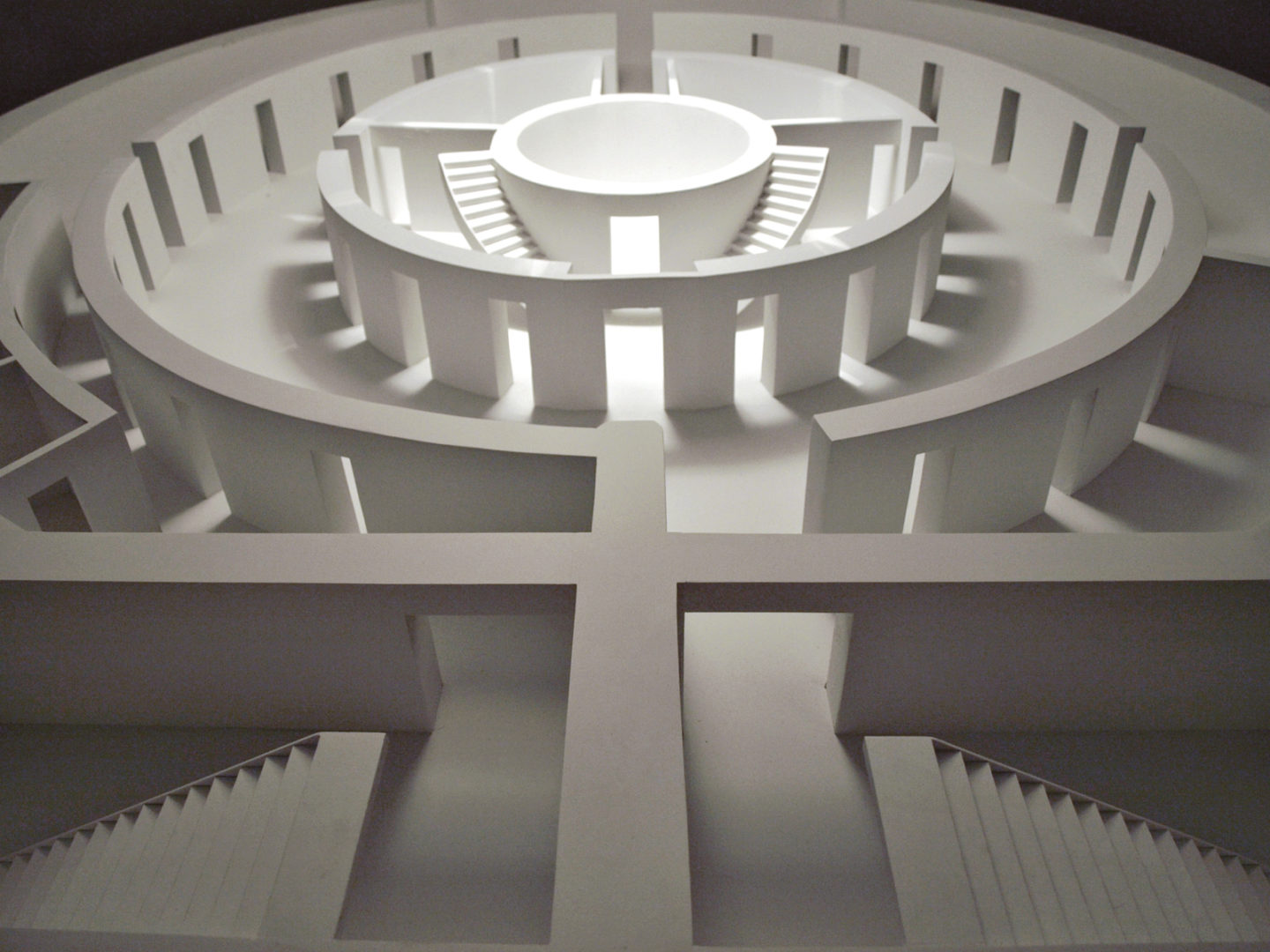 Last year, the Lower Silesian Society for the Plastic Arts Zachęta added to its collection Rafał Jakubowicz’s work ‘Es beginnt in Breslau’ (2008). It is a white-light neon formed to present the title sentence in handwriting. The concept of the work is based on using the German language version of a Polish sentence ‘Zaczyna się we Wrocławiu’ (‘It Begins in Wrocław’), which was originally included in Zbigniew Gostomski’s project prepared for the conceptual Symposium Wrocław ’70. Gostomski’s idea was to create an imaginary space of the globe based on a system of module sections, whose measuring off would start in Wrocław and spread around the world.

The phrase ‘It Begins in Wrocław’ sounds like trumpeting the beginning of a new era – it turns its back on the past in favour of what is approaching. This ‘something’ in the Utopian sphere of Gostomski’s work is not defined – is it about a new division of the world, a new human being, a new way of thinking, new art? What really matters is this appeal for modernisation, a bias towards the future, which is contained in the sentence ‘It Begins in Wrocław’. Today, this optimistic phrase also seems to be up-to-date in a city where a new stadium and a new concert hall are being built, where a new museum of modern art is being designed.

Paradoxically, asking ‘when’ does it begin in Wrocław is fundamental to a museum of modern art as well, although by nature it is an institution biased towards the future. The question all the more important since the first, temporary seat for the museum will be an old German air-raid shelter in pl. Strzegomski, which was used as a field hospital during the defence of Festung Breslau. The conception adopted for the Wrocław museum is based on a tension between showing its own local artistic tradition and the global art scene. Therefore, the question of self-identification of the inhabitants of Wrocław and their way of decoding the semiotics of their own city seems vital. But it is unclear.

According to a survey conducted by Paweł Kubicki, an urban sociologist from the Jagiellonian University in Kraków, the most commonly mentioned source of self-identification of the inhabitants of Wrocław is the experience of a community during the flood in 1997. In a debate ‘Habeas Lounge’, inspired by the design of the museum, intellectuals pointed out many other sources, for example: the experience of ‘Solidarity’ in the 1980s, or even older memories of ‘Lvivian’ post-war institutions of Wrocław. However, the title of the debate, ‘Is It Possible to Invent Our Own Tradition’, originated by Łukasz Medeksza, a journalist from Wrocław, suggested that something which might be called local identity and its relation to being Polish, German, Czech, is still an unsure attitude, dynamic, in the process of shaping. Identity is subject to cultural negotiations, which take place, among others, in the public sphere of a museum.

Wrocław was and definitely is a ‘meeting place’ – not only for the inhabitants of Lviv, Warsaw or Poznań who came here after WWII and the few Germans who stayed, but also for those who are tempted by the aura of the city or job offers and stay here after graduation, or arrive from different regions of Poland and from abroad. In this respect, it should remain a young and dynamically developing metropolis for a long time. For this lively urban community in the making, the Programme Conception of the Museum of Contemporary Wrocław has been created, whose fragment reads: ‘The mission of the Museum is broadly defined work on the contemporariness (…). Knowledge gained through direct contact with art, acquired in practical participation and the possibility of receiving a commentary explaining a work of art facilitate self-cognition, defining one’s identity in the private and public spheres and in time perspective’ (Piotr Krajewski, Dorota Monkiewicz, Wrocław, 21 December 2007, p.6). These programme assumptions will be filled by life and art, and living through art, but the framework has been established.