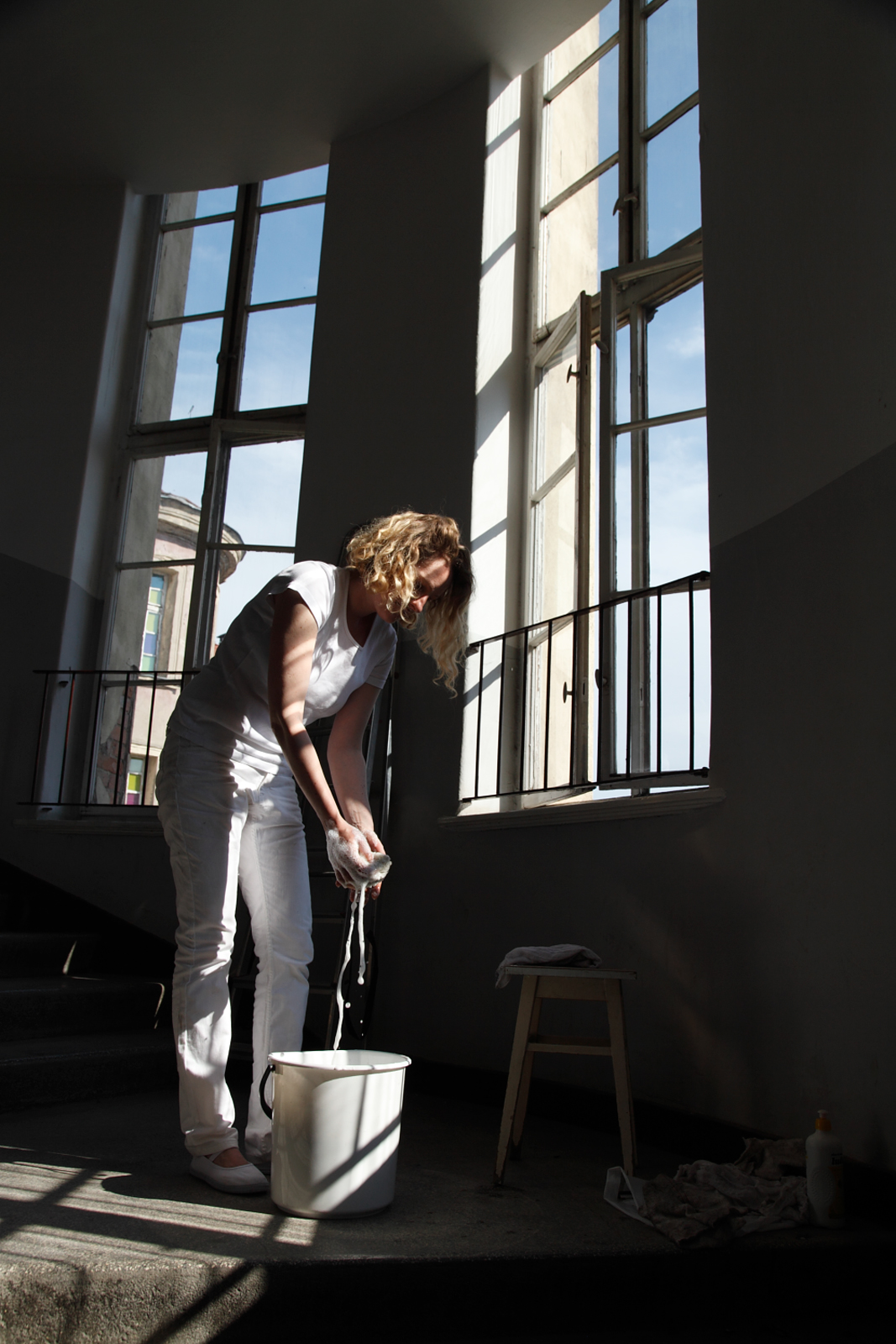 There is something fascinating about buildings that have been closed down. Frequently used in horror films, abandoned rooms full of old furniture inspire terror and stir the imagination. Nowadays, however, the aura of mystery and poetic emptiness of abandoned buildings quickly evaporates – uninhabited buildings become just another fixed property for sale. During SURVIVAL, we were going to try to prolong this transition period. By using the metaphor of a quarantine, we recreated the special atmosphere of the venue by drawing on its past, but also by trying to invent its new mythology.

The former building of the Faculty of Pharmacy became an exhibition space, a place full of experiments and magical gestures that emphasised the character of the venue and led to its resurrection. The invited artists reconstructed the laboratories and redefined the very conception of an institution that teaches the ‘alchemy’ of drugs. This place was hedged around with specific rules and etiquette that lay far away from the customary perception of the everyday.

The interior of the building, perceived both as a lab (an experiment in exhibiting) and a place for exploration (of its history and aura) was brought to life. Thus its ambivalent function manifested itself: it was a place where diseases were combated, but at the same time it was separated from the normal course of events. It was this unsettling duality of a medical academy as an institution that the artists explored through their installations and actions.

The main threads of the exhibition thus concerned the suspension of time and all activity at a time of sickness, with reference to both individuals and hospitals, the dissimilarity between this situation and the ordinary course of events, the issue of combating diseases or preventing them from destroying the body. Sickness could also be perceived as a moment when the body is experienced in a different, more intensive way – the unnatural sharpening or weakening of the senses are clear indicators of health problems. In this way, sickness can be treated as a means of learning about oneself as a corporeal being and as a social individual.

The global reach and the ‘sick’ practices of pharmaceutical companies in the contemporary world provided a pretext for juxtaposing works by artists who function in the official circulation of art and by those who are disabled and whose everyday life is made up from a mirage of drugs that regulate their functioning in the society.